On the Painting Desk (1)

Whilst I've not managed much gaming of late, I have done a decent amount of painting, I finally started my 6mm WW2 British Para's, these were meant to be the conclusion of my 6mm WW2 project (I have now extended the project to include a small BEF force) and I have been putting them off for almost a year, the reason I think, is that I had done one test unit and decided to paint them with a Camo smock and whilst easy enough I think I was daunted by the amount I had to do. 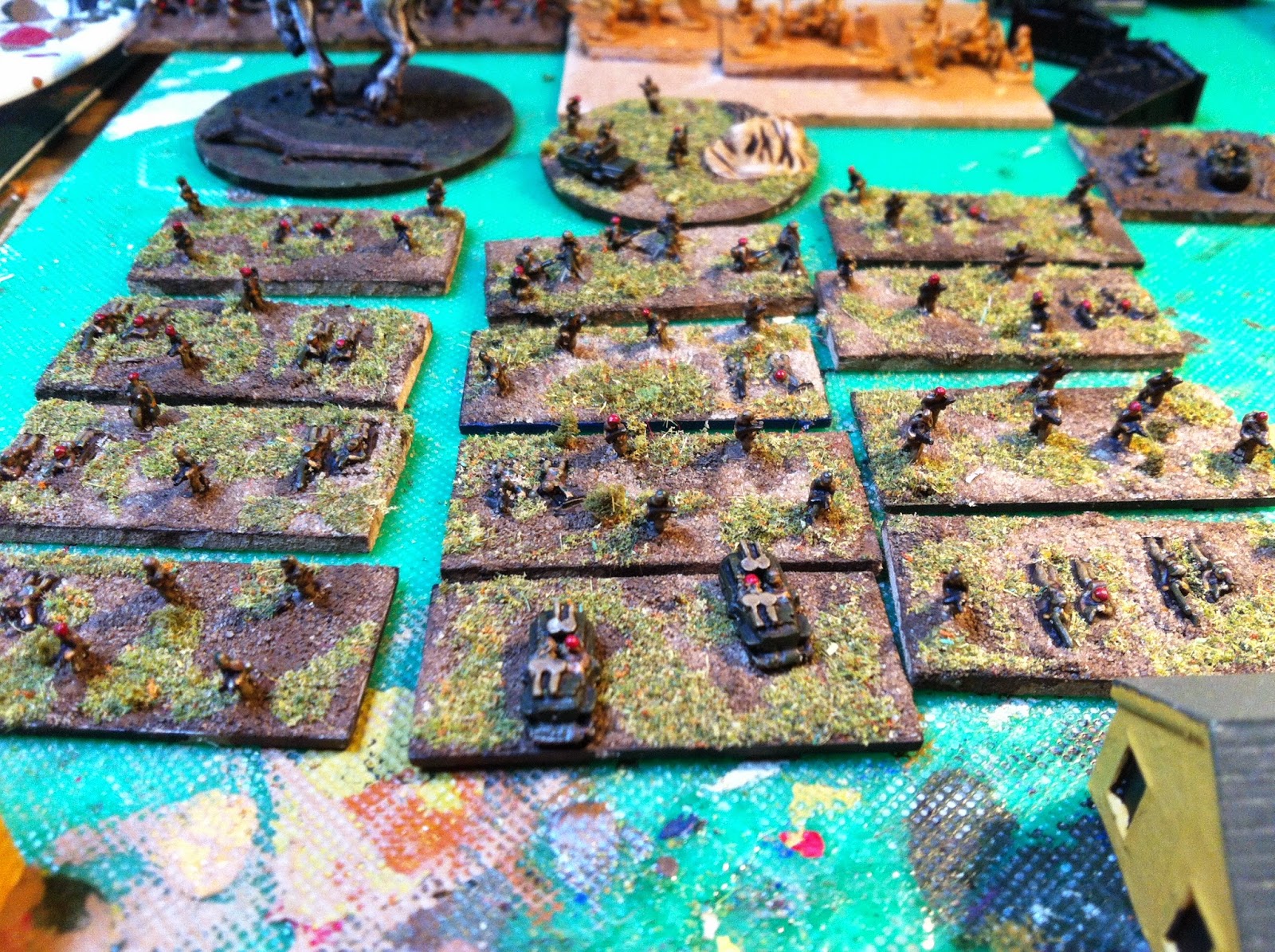 Seeing how the Para's were on the desk, I decided to finish the last of my Leven Miniatures 6mm buildings, especially the Hartenstein Hotel that I have had for ages.

As ever there are 6mm Baccus War of the Roses miniatures on the desk, I'm about half through painintg 3000 of these, and I've lost a bit of desire to paint them at the moment, that's probably why I'm making good progress on the 28mm Centauress which once finished will be an ornament for me mam, I've painted a few things for her over the last few years as she has an interest, in folklore/mythology and it gives me the chance to paint some really nice 28mm stuff which I usually don't bother with. 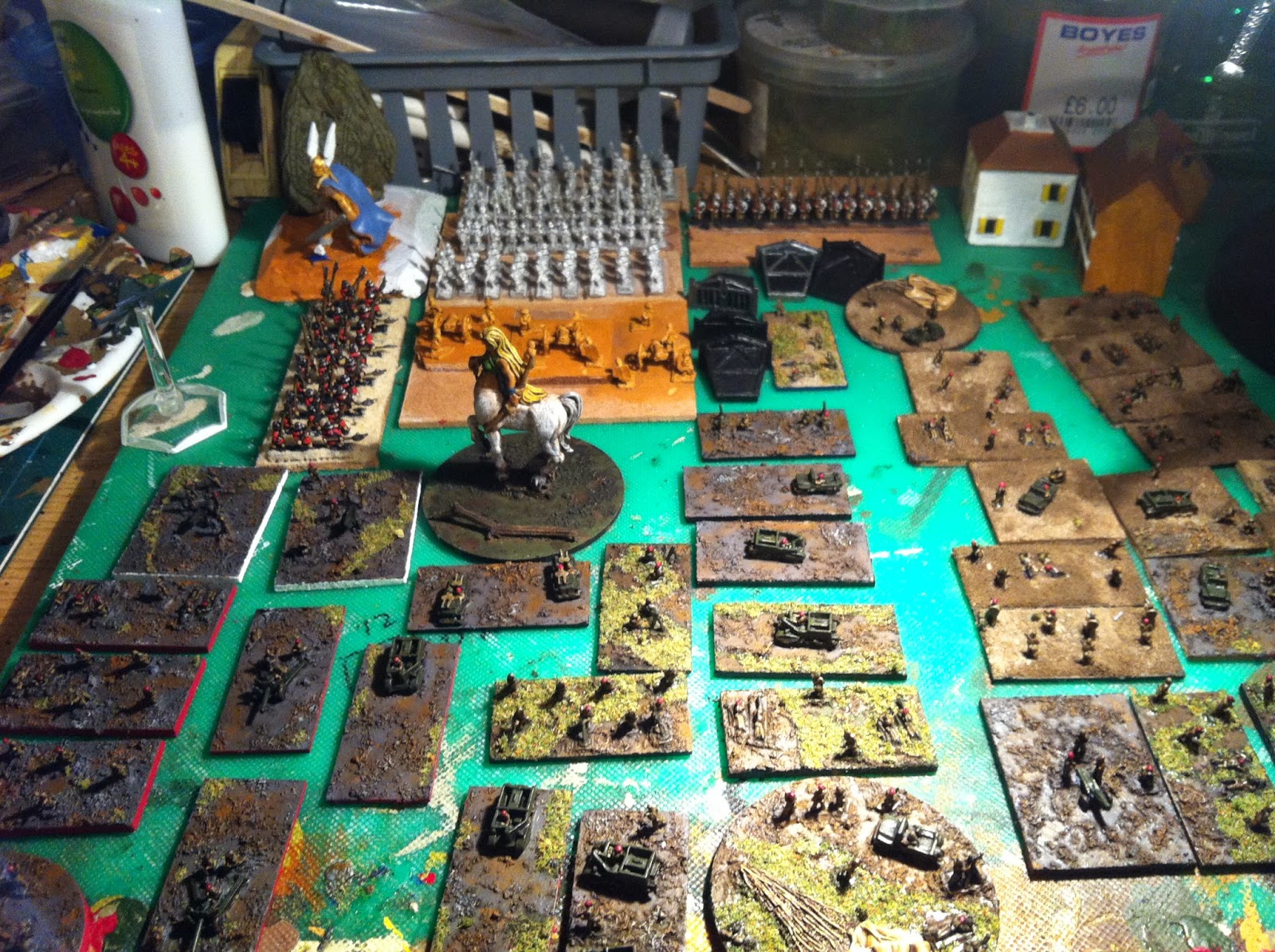 One week on from the above photos and you can see that the Para's are all gone, all finished ready for their first battle, most of the buildings have been finished though still that pesky Hartenstein to do. 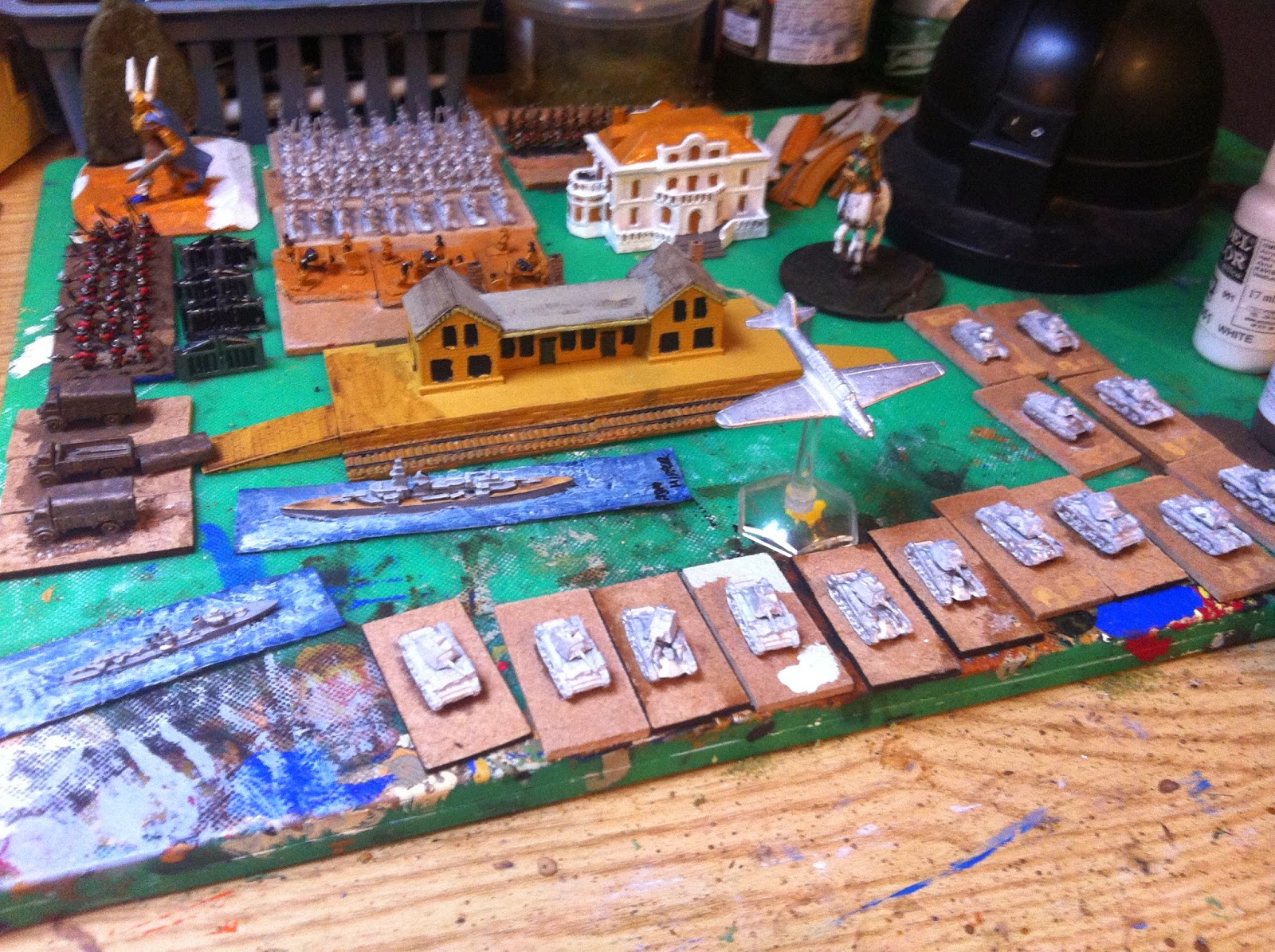 My BEF tanks have arrived from H&R and they are next up, jumping to the front of the queue as they are a relatively easy job, and I've done two practise runs on my latest project 1/3000th WW2 naval which you can see here (the admiral Hipper and a German destroyer). After the BEF will be some more WW2 naval as again they are fairly easy, and then I must get on with the War of the Roses stuff, and I have still not finished the 28mm female centaur, though its almost done and I'm pleased with how its looking. Oh, and as I mentioned Leven Miniatures(again) I've just found out that a paint job I did for them a little while back of a few of their railway buildings has now been finished and put together in a diorama, you can see it at the Blog With No Name (a Blog I highly recommend).
Posted by Chris H at 12:01 No comments: