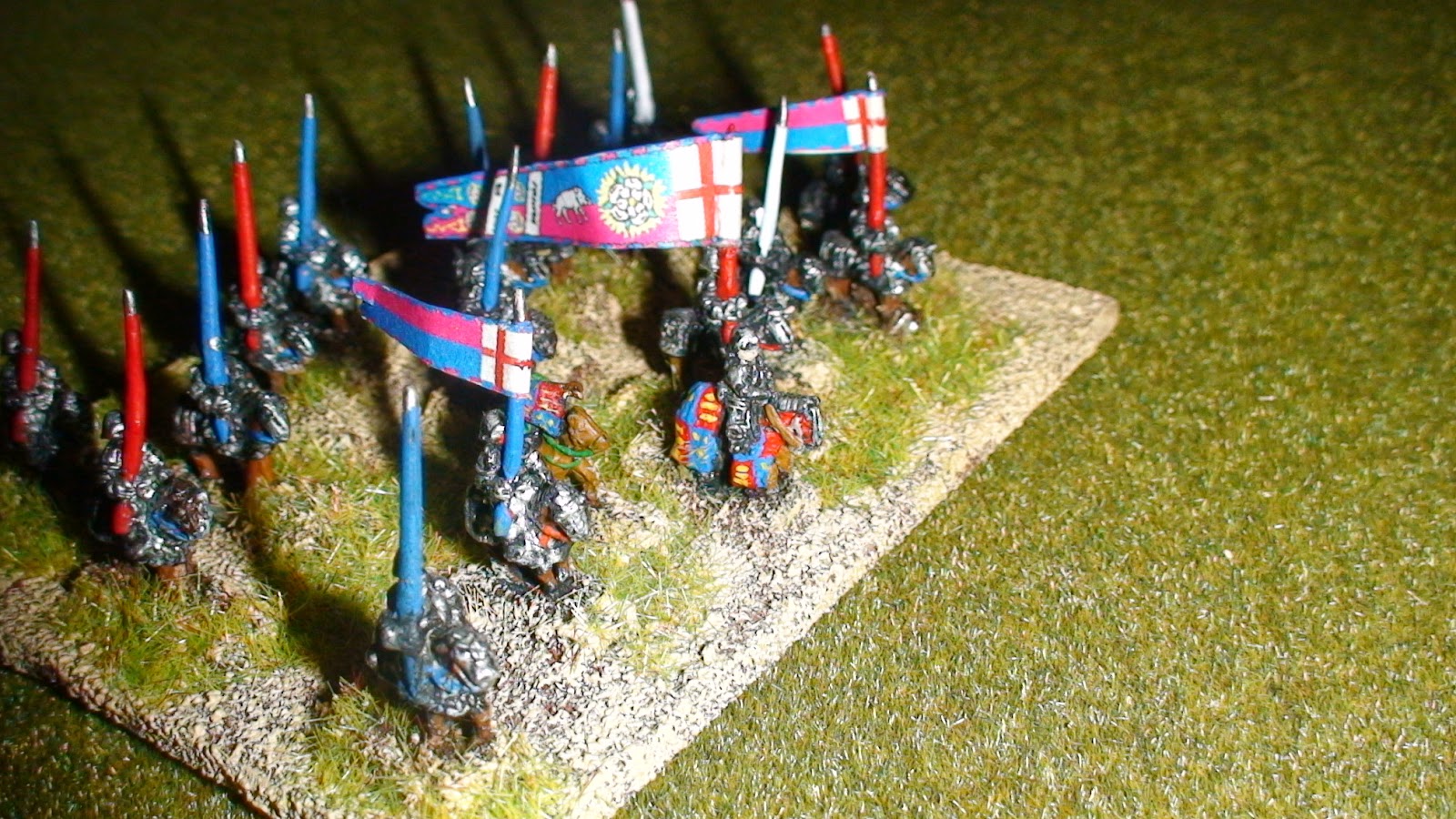 Introduction and the "Neutral" Forces:


The Wars of the Roses (WotR), is probably my favourite historical period, their is just something about that era that really fascinates me, maybe its my childhood love of knights and castles, or maybe its the tragic nature of it all, whatever, but its a project I've being really keen to do for many years.

For a long time I have planned and plotted how to go about it, I did start in 28mm but despite (or probably because of) the fantastic Perry Miniatures I was using, the project never took off, there was no way I could or would paint all the miniatures I wanted too in 28mm.

Next to get a look in was 15mm, and then 10mm but I quickly gave up on both these and got on with a completely different project. Sometime later I decided to take the plunge with 6mm, the main advantages were, cost, storage space, terrain considerations, and most importantly they are reasonably quick to paint and their would be no need to paint ridiculously detailed livery, they also look great en masse. Fortunately Baccus miniatures were attending two local shows and so I bought a good few packs to get me started.  That's when things started to snowball!

I had planned on using Warmaster Medieval for the rule-set and basing conventions, but hit a minor snag due to lack of suitable bases, and whilst messing around placing miniatures on the few bases I had, I realised I didn't like how they looked, for the amount of men I got on each base I may as well have gone with 10mm, and the 3 stands representing one unit just didn't feel right to me.

Around this time I was introduced to Impetus by some friends at the club I attend, and liked what I saw particular when using 6mm miniatures on the recommended 15mm bases (80mm frontage by 20-60mm depth). So Impetus it was and bases were promptly ordered. A casual mention at the club that I had made a start on a WotR Impetus army resulted in the tremendously generous gift of around 20 fully painted units of 6mm Baccus miniatures based as I needed, plus about a thousand other miniatures some loose some based for Warmaster and other rule-sets. My small project had suddenly  become a major task.

Even with all the mini's I had I was still lacking a few troop types so I ordered the last of them, and got round to organising, basing, re-basing, etc. The final total 93 bases/units most with around 30 infantry on them, plus the two encampments I wanted to make!

I split the units into three armies, two fairly even forces representing the Lancastrian and Yorkist forces and a third being made up of troops both sides could utilise at varying points in the course of the Wars, some of these were Irish troops and others I had decided to paint up in the colours of nobles who fought for both sides, this third army would never be fielded as a whole but would act as pool to vary both my main armies.

I've not quite finished this neutral contingent yet but its nearly there and hopefully posting it here will prompt me to get a move on. 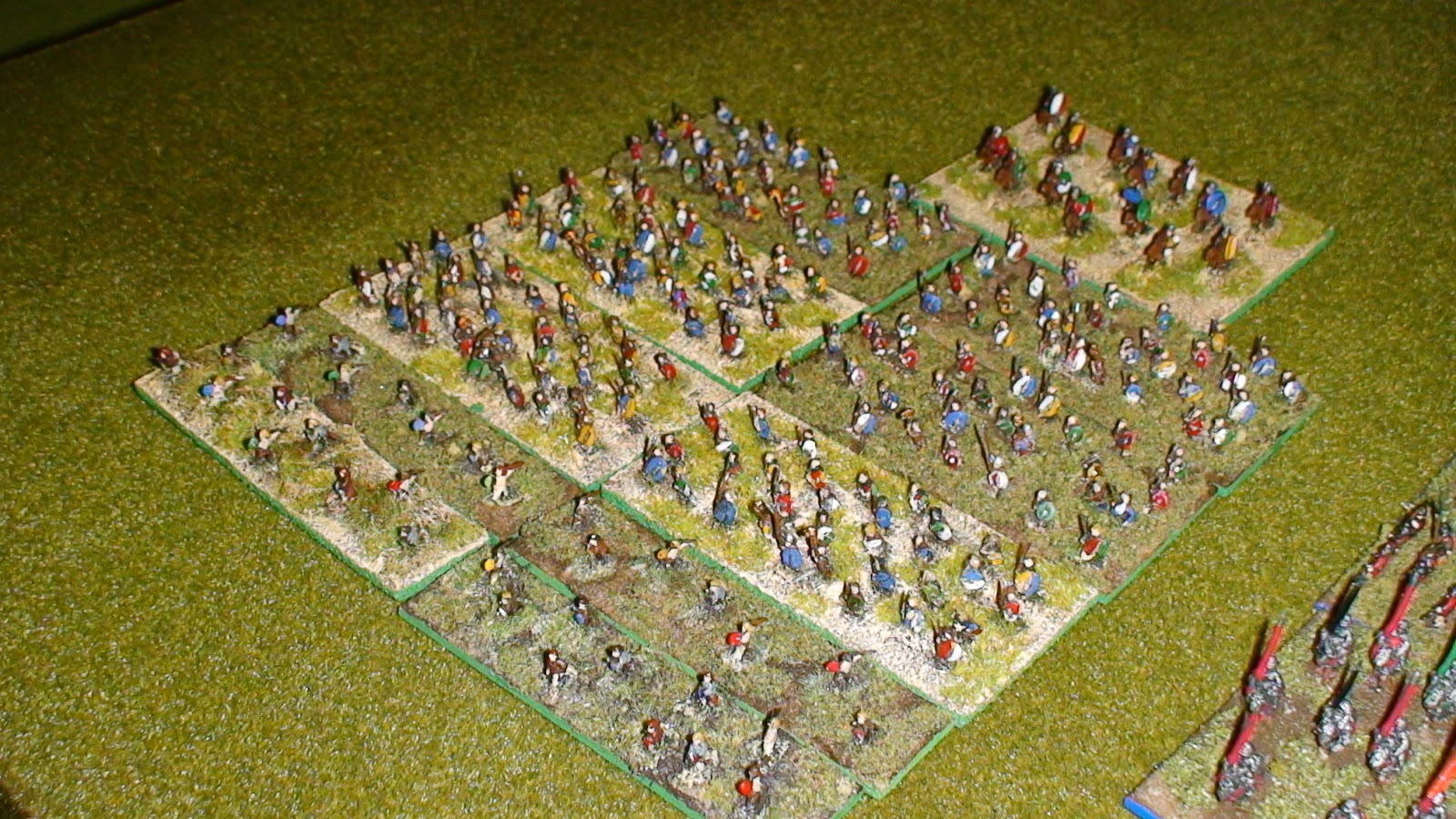 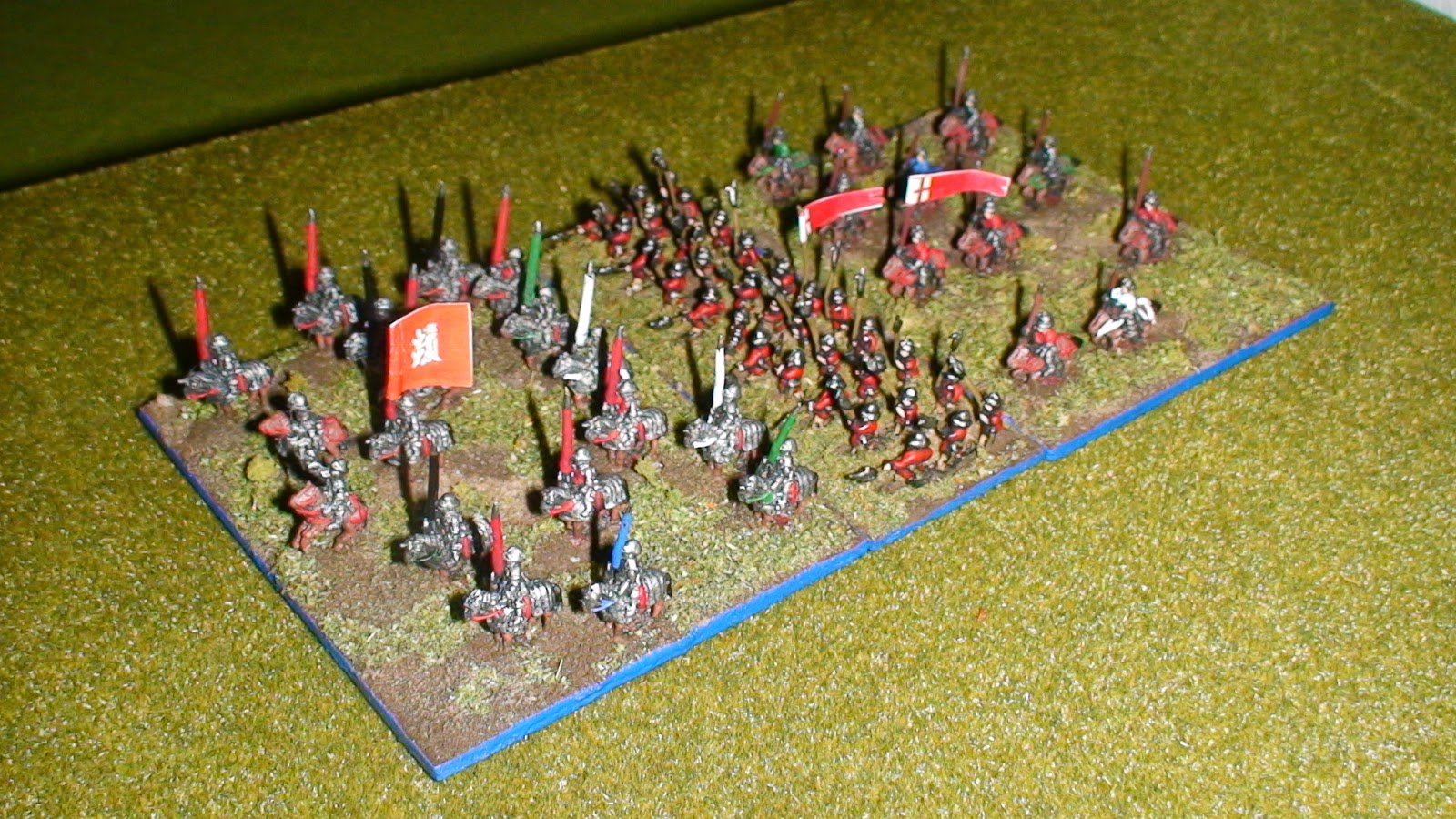 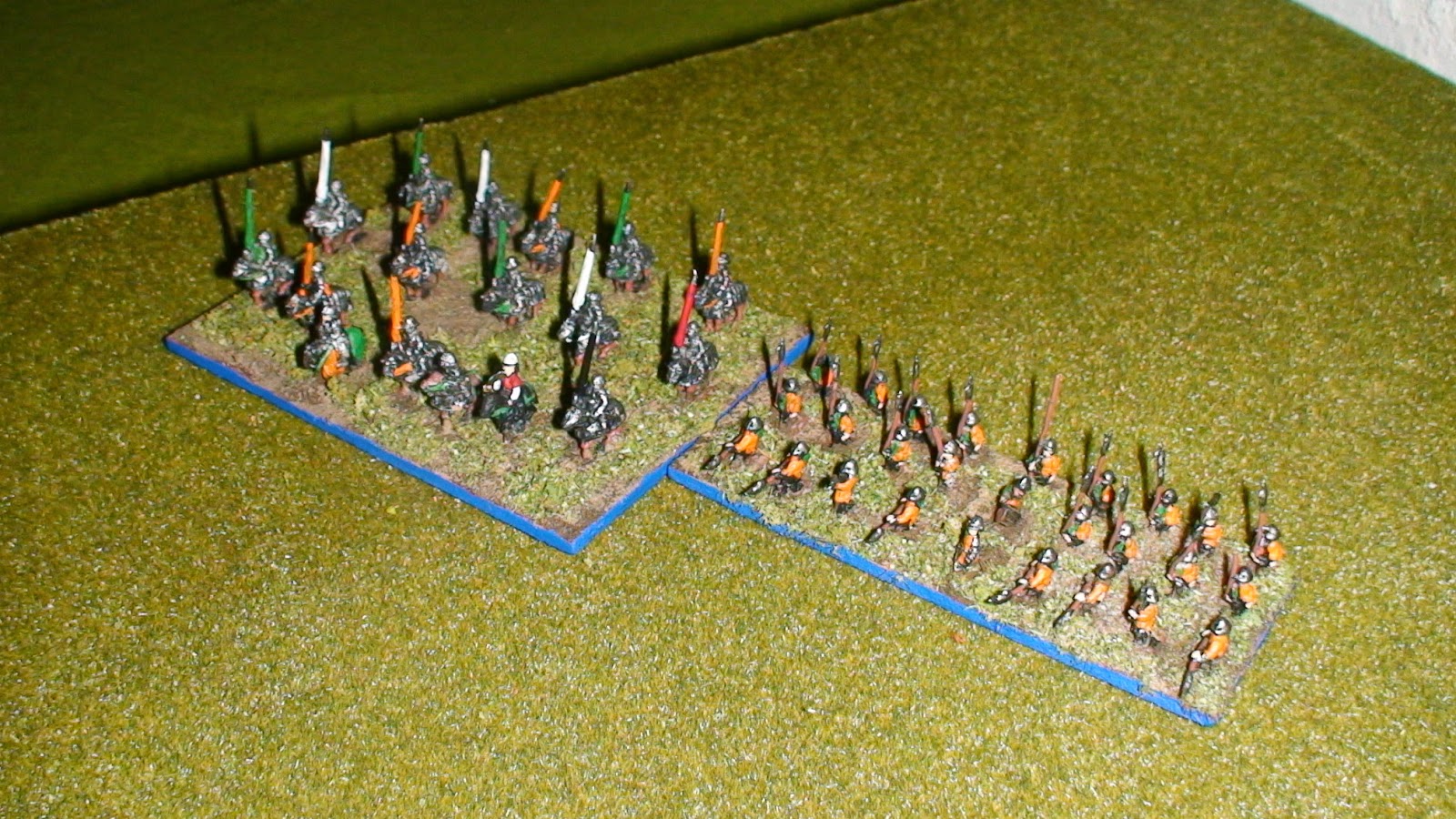 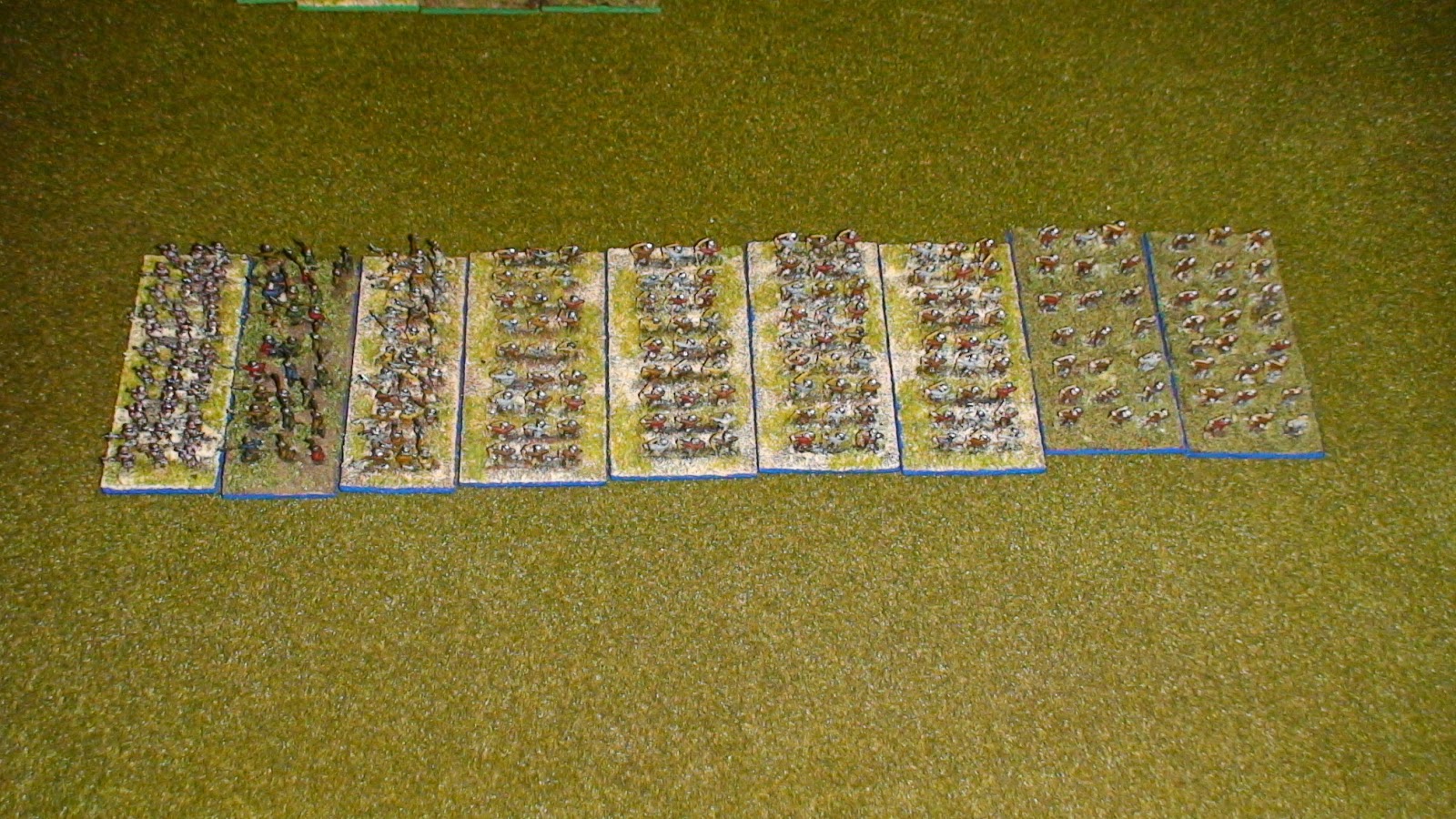 The Shire troops, Bills and Archers, with some un-liveried men at arms at the front 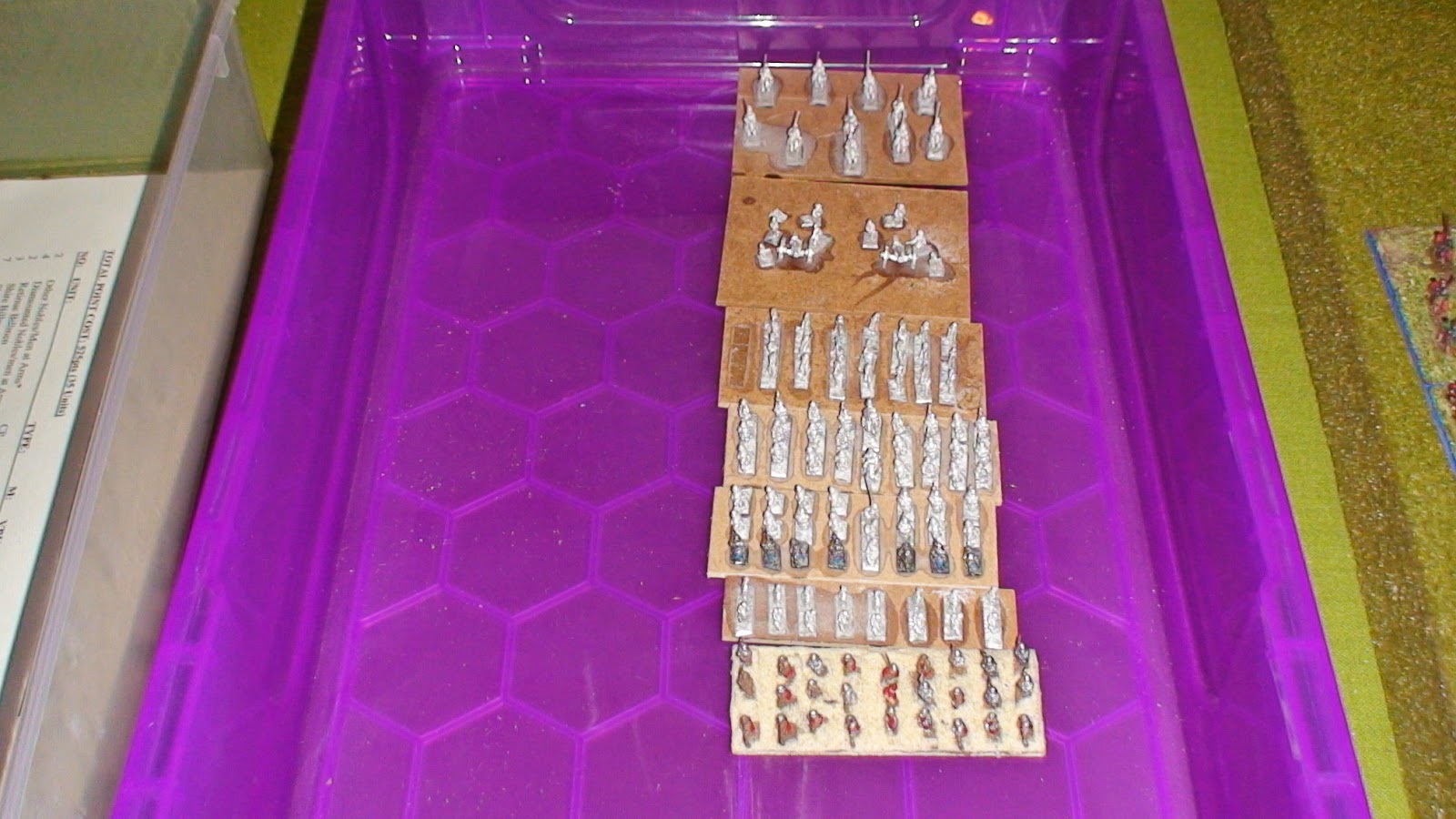 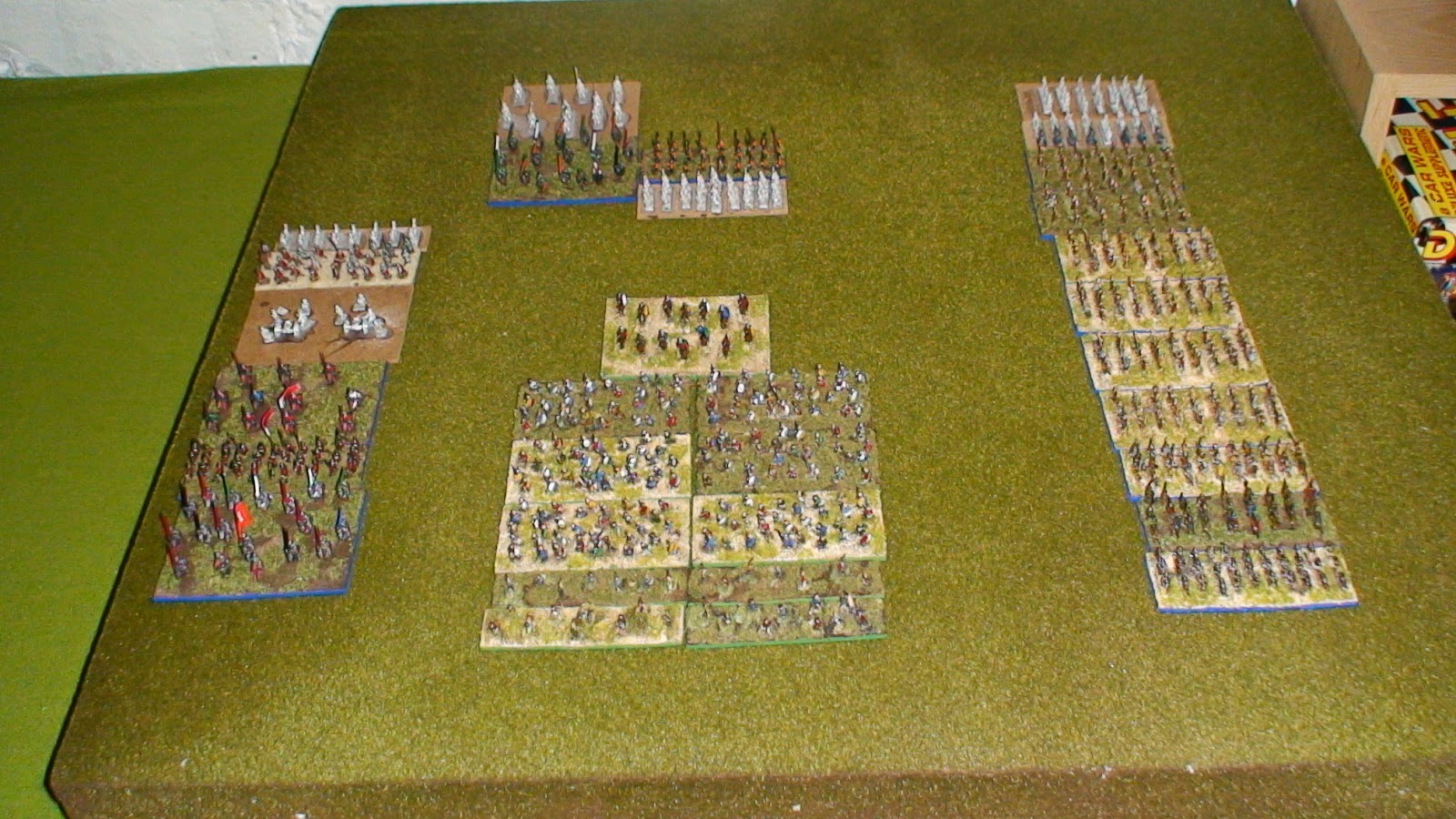 The whole contingent
Next time I'll post up my Lancastrian army which is the most completed of the two remaining forces.﻿
﻿
Posted by Chris H at 14:06 No comments: