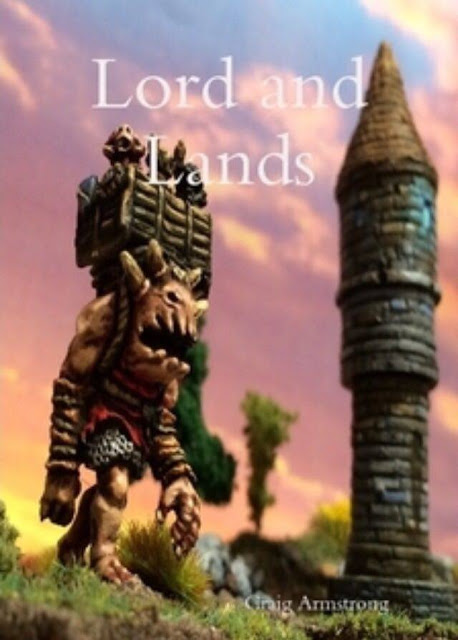 
Welcome to the Lords & Lands - Main Page, this is where you will find Army lists, a Points cost summary, new rules and an FAQ plus any Errata.

This page will also have news, and links to Lords & Lands material, and if you have any questions, please feel free to ask them in the comments section below.

So what is Lords & Lands, well I'll let the author Craig Armstrong explain a little more:


Lord and Lands LAL is a fast paced mass battle war-game for any scale of miniatures, use the dip system  or dice to resolve combat it’s entirely up to you. Movement is measured by base widths and base sizes are up to the player so your collection of miniatures will work with this rule set.


An alternate side, unit based activation system means no player is left out of the action for long and both parties remain engaged for the duration of the game. The rules are quick and simple but allow for realistic outcomes and complex game play dependant on the players involved.


Variable command pips reflect the changeable nature of war but will allow most of your army to move and fight each turn, the question will be, how well will they perform?


Historical and fantasy rules allow the player to fight out any engagement they wish, LAL is not restricted to one or the other so historical armies can fight mythical armies if you like, after all who wouldn’t want to see the might of Rome repel an Orc invasion.


Army lists include fantasy, ancient, ECW, Samurai and medieval but there are also fan made army lists for lord of the rings, the battle of five armies, and Game of thrones. There is also a points calculation tool which will let you stat and field your own army, however you like.


The command system lets you, as the player order and influence your troops but minute alterations of the battle plan may prove difficult and costly once the action begins in earnest.


Standard sized games will play out on a 4x4 gaming surface in 2 hours, but the system is not limited to the size of armies you can field or the playing surface you can use.

You can view "how to Play" videos here

Q: Do I lose my initiative bonus when I lose my hero even if I have another hero still on the board.


A: No, the initiative bonus is only lost when you last hero is removed.