I didn't really plan on having too many regular Human troops in my fantasy collection, I had the lovely Swordsmen of Cormyr minis and thought I'd add another similar (sized and style)unit to them and that would do, especially as their was little chance of finding more of the old AD&D Battlesystems - Cormyr range.

Very fortuitously, a chance post on the 15mm Fantasy Facebook group led to the offer of almost 4 full packs of AD&D Battlesystems stuff, 3 from the Cormyr range and 1 from the Elf range, so a massive thanks to Kevin for letting me have these at a very, very reasonable price!

The mini's had been painted(not by Kevin) and being fairly delicate and bendy I didn't think they'd fare too well with scrubbing in Dettol, fortunately the paint wasn't too thickly applied and I just used it as an undercoat where possible.

On to the mini's then and first up some Lances of Cormyr: 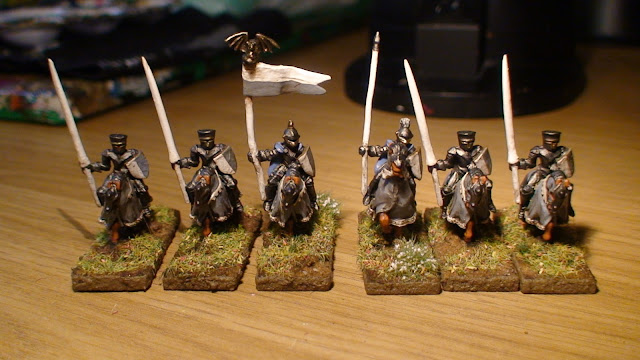 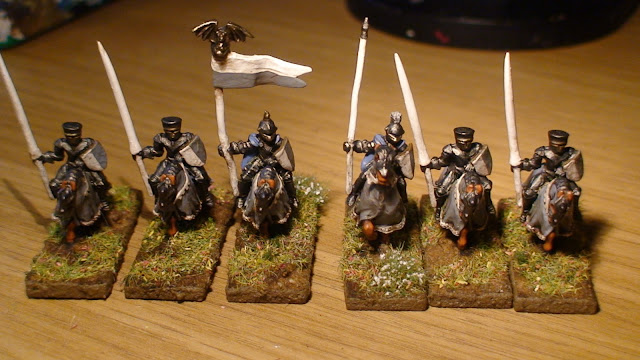 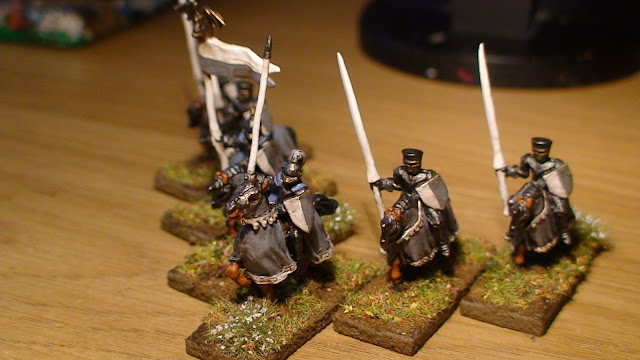 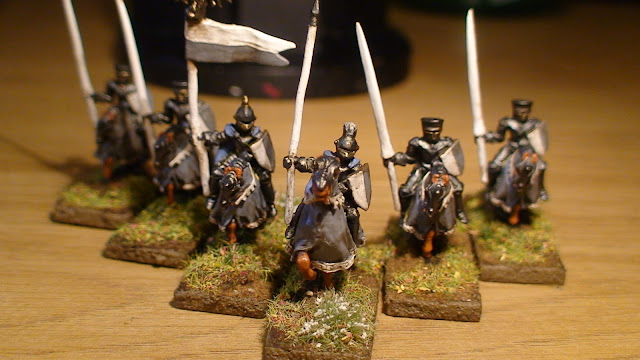 And a unit of Cormyr Bowmen: 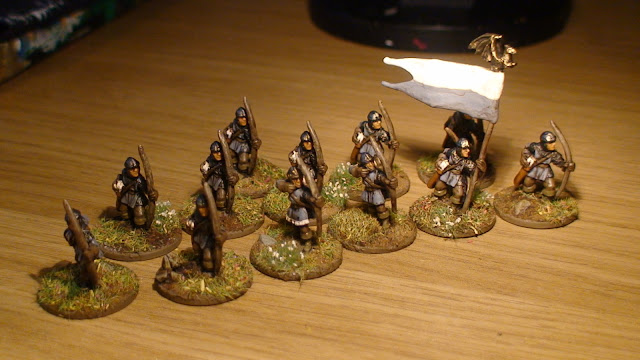 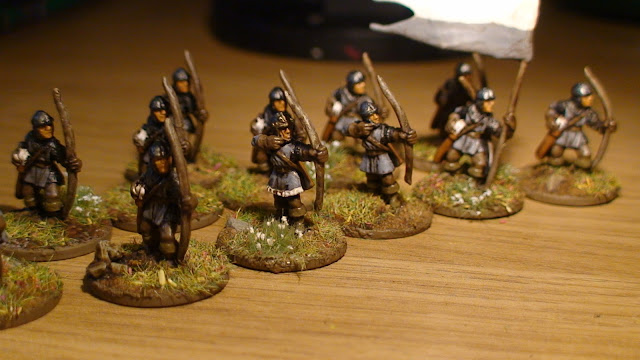 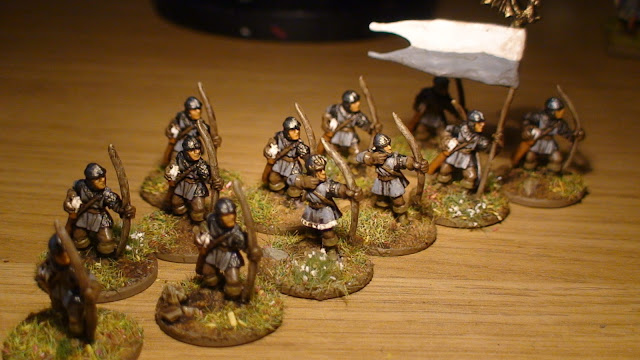 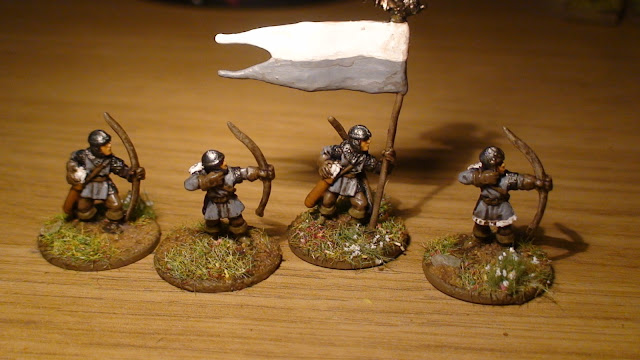 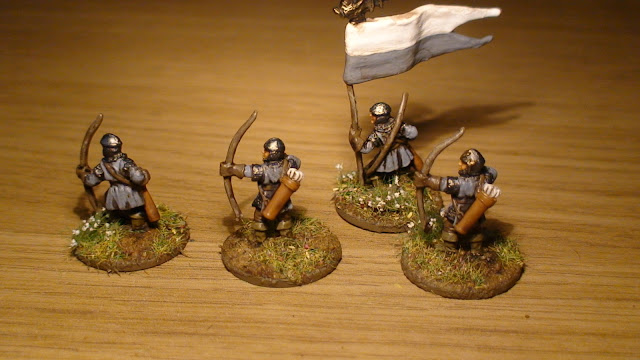 A trawl through the Demonworld range led me to these which I thought I could use as my elite foot types: 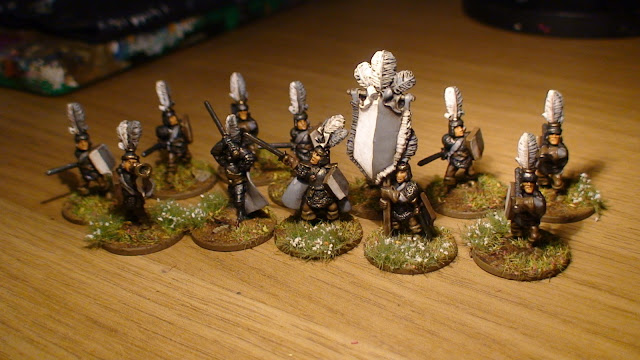 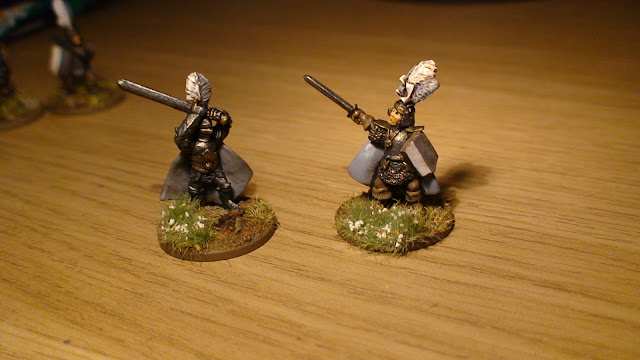 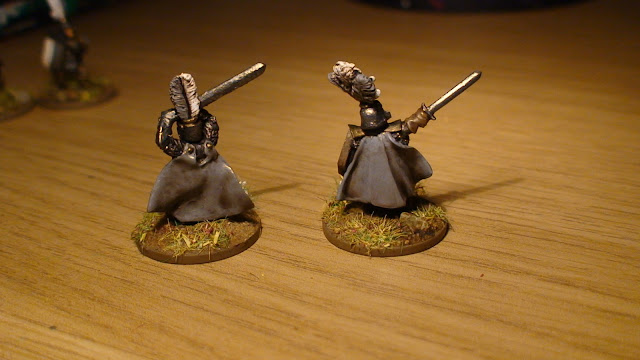 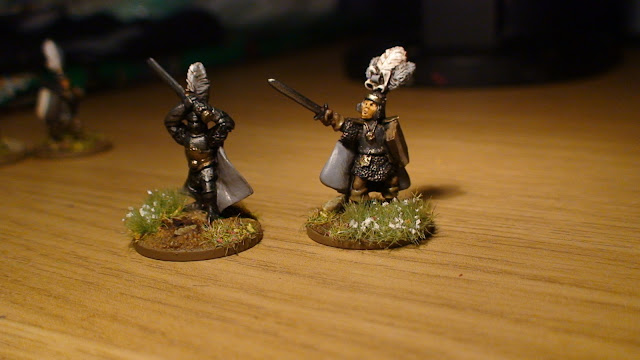 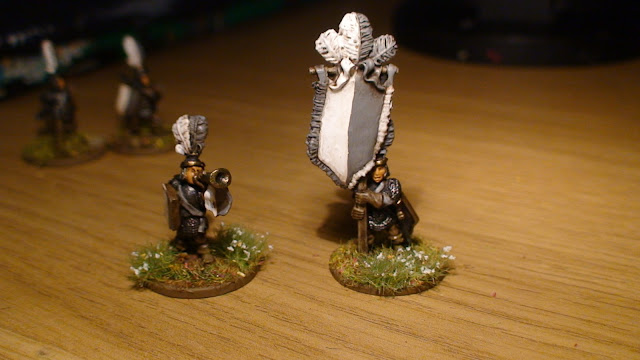 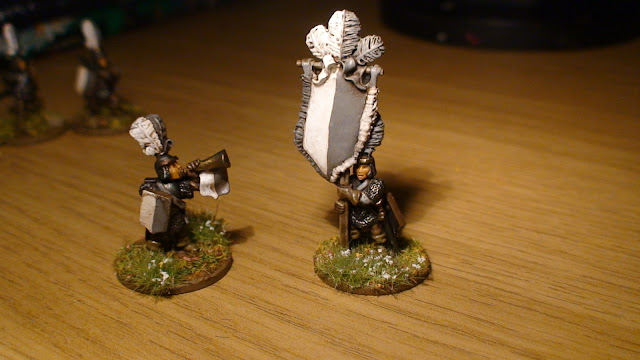 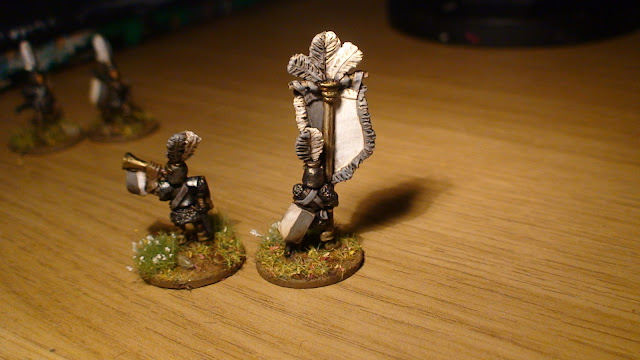 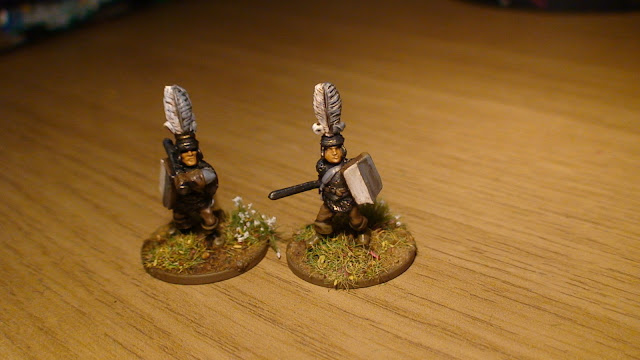 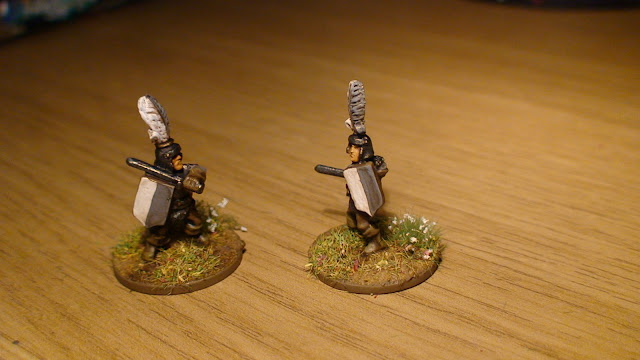 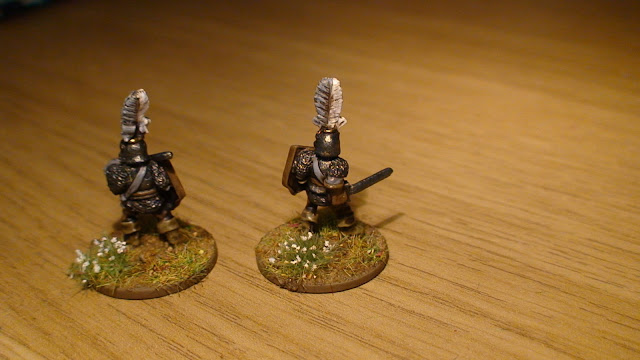 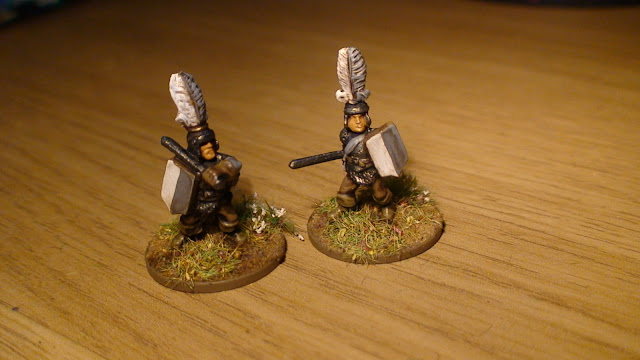 A few pics of the whole force so far: 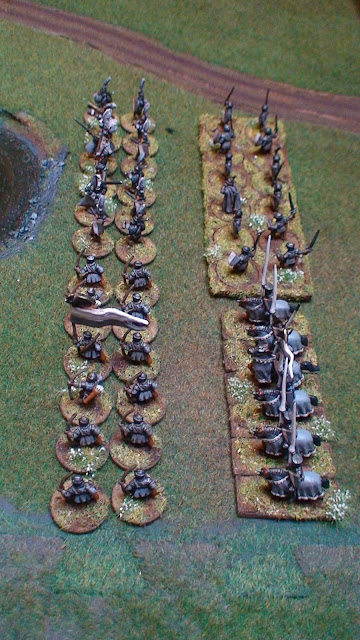 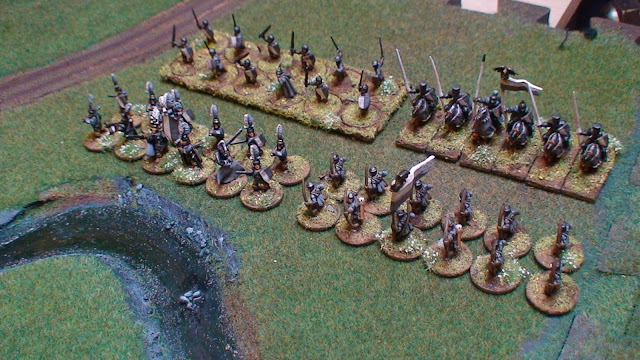 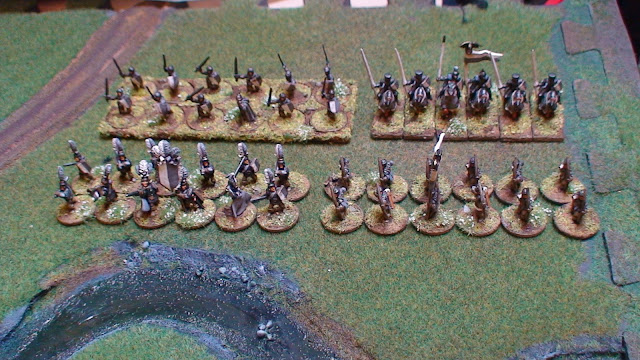 I still have another unit of the Cormyr Swordsmen to paint, but I have been considering converting a few of them first for a bit of variety, speaking of which I've had enough of all this painting of grey/white uniforms so I'm  currently painting a bunch of random bad guys and monsters in a variety of garish colours, more of which next time.