With the announcement of Microworld Games Post Apoc range and the range of stuff available form Angel Barracks, I decided to finish off the Irregular Miniatures cars I bought a couple of years ago along with the few H&R post WW2 vehicles I had picked up with this purpose in mind.

Armed with a craft knife, some Epic Ork battlewagon turrets, and some old Battlefleet Gothic ships guns, I set to work converting what I had. The Irregular models had a few too many spikes for my liking so most of these were removed and additional guns added, I also removed the large roof mounted crossbow type weapons. The H&R models simply needed more guns. I mounted them on 2p pieces as I decided it would make for easier movement, and it meant I could keep the big rig as two separate models. 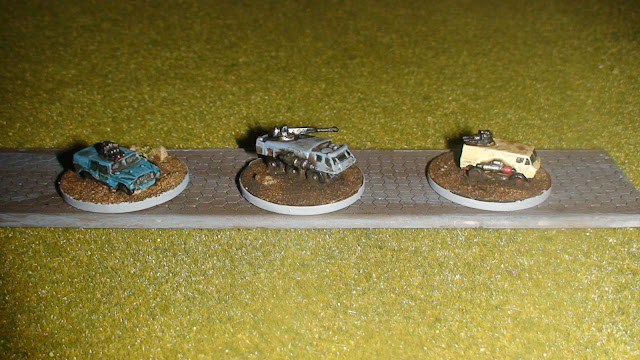 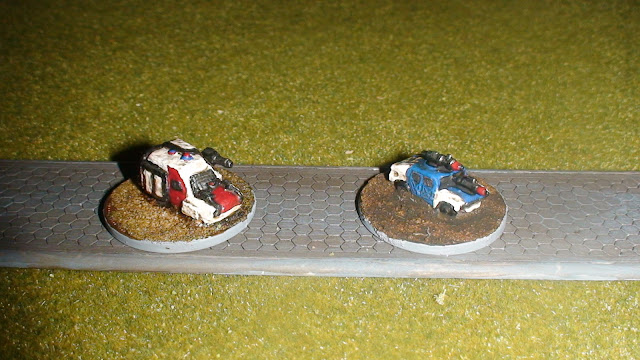 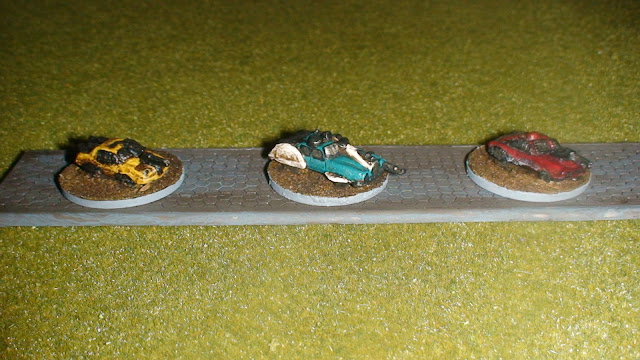 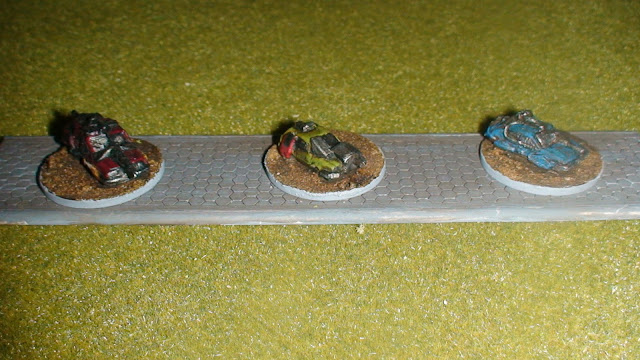 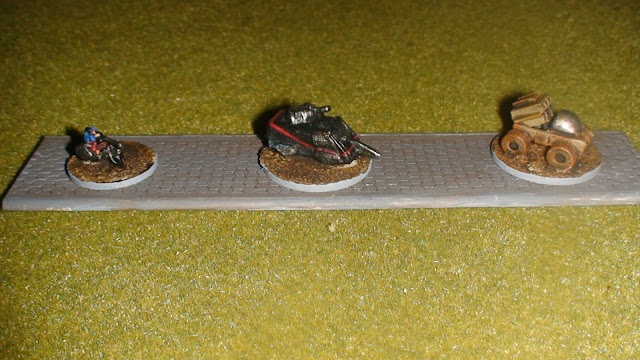 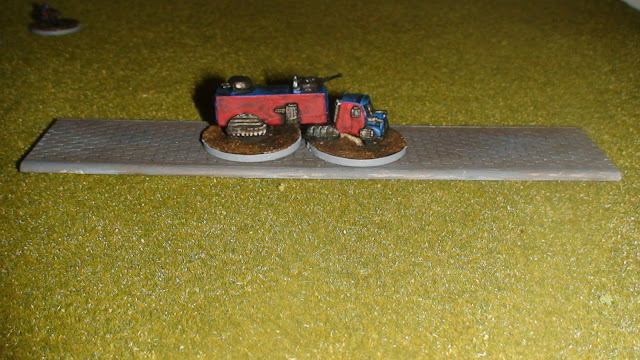 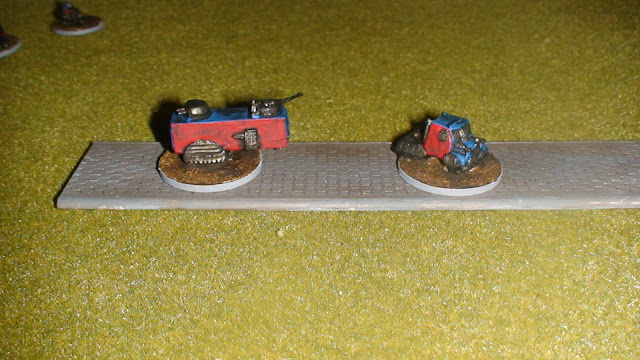 ﻿
I have nothing further to do for my Post-Apoc project until Microworlds stuff comes out, until then I am planning on working away on my Epic Imperial Guard Army, so far I've done about 50 of 177 units/stands, and my newly acquired 6mm Fantasy Wood Elf army.
POST SCRIPT(AUGUST 2015): As I was ordering from Irregular, I added a Toyota Technical to the list, and with the addition of some gubbins it's now part of my post-apoc collection: 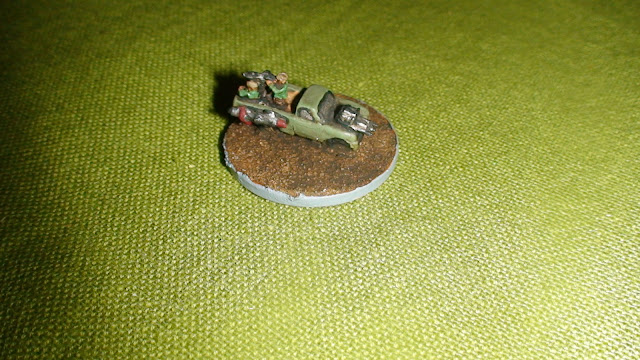 I am starting a 6mm Fantasy army and much as I have for my sci-fi project I intend to make some specific Fantasy pieces of scenery.
I was lucky enough to get my hands on one of each of Leven Miniatures forthcoming Fantasy range: Wizards Tower and Watchtower, and whilst I don't even have my army yet, I couldn't resist slapping some paint on these. I even attempted (not very successfully) to paint a window as though a light from a torch could be seen shining through. I have to say both models are really nice and enjoyable to paint, I think the wizards tower in particular makes a great bit of scenery, objective or just as a vignette.
When I get my mini's one of the spare wizards will probably end glued to the top of the steps at some point. Incidentally the trees are also from Leven and very nice they are too. 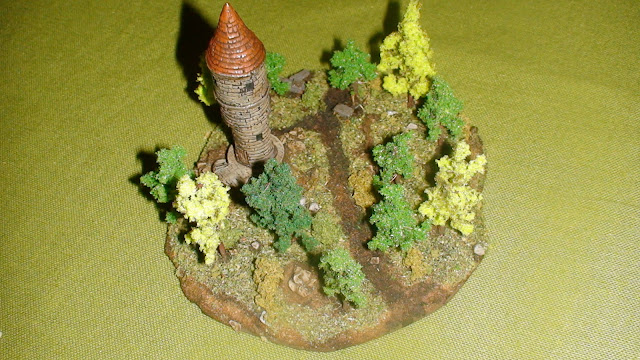 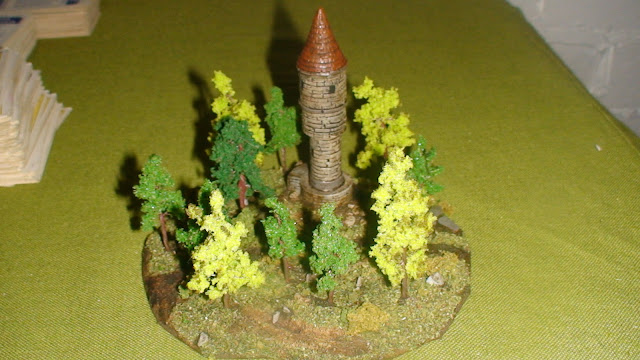 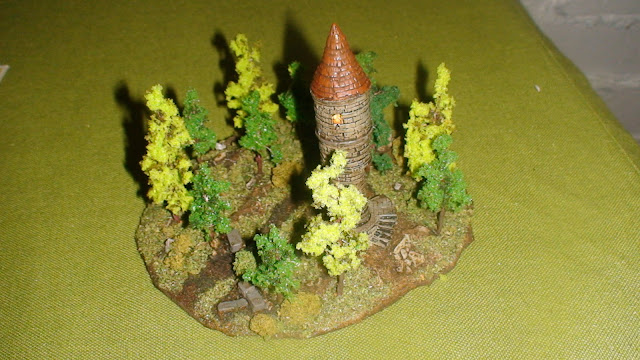 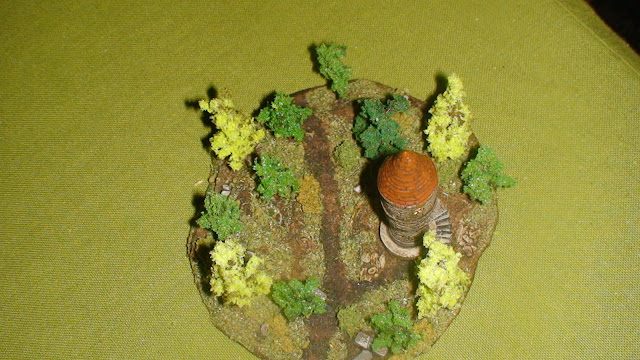 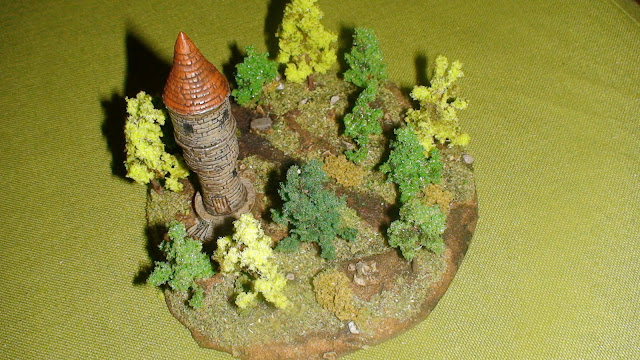 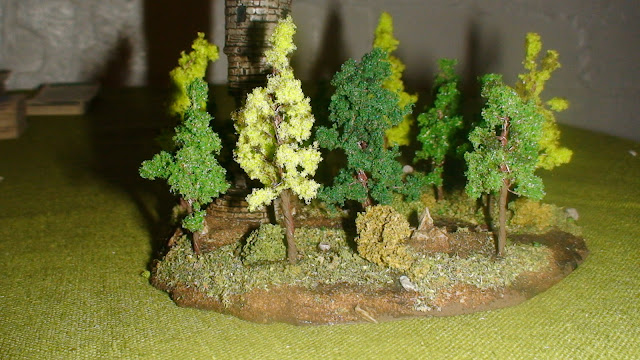 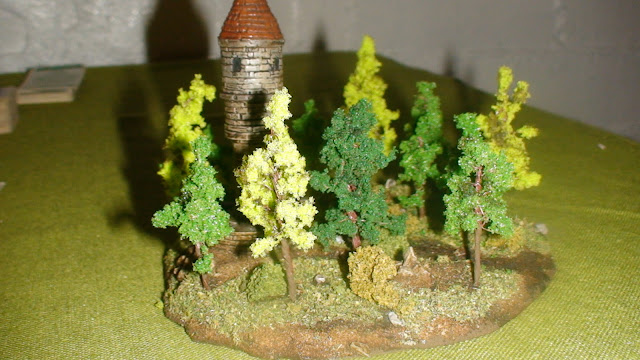 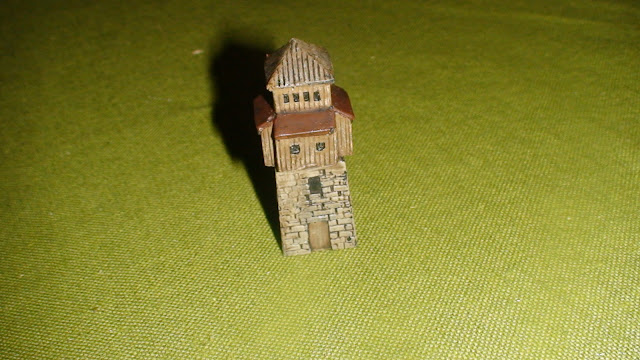 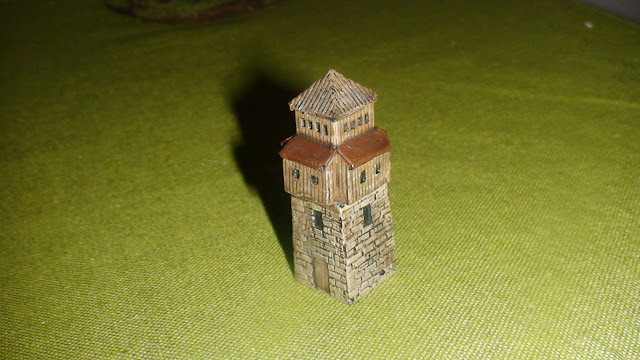 Next up  will be my 6mm post-apoc vehicles, which will be finished in the next day or two.