Welcome to the first of three posts each briefly showing my Napoleonic naval fleets and scenic pieces.

Firstly let me say that I do not consider myself either a Napoleonic or Naval wargamer, neither am I particularly well read on these subjects. I do however have a fascination with the ships of the period and had wanted to do some gaming with them for a while but had been put off by rules that require you to have actual sailing experience or vast amounts of nautical knowledge to play them. Also a number of the rule-sets I looked at appeared very tedious or drawn out and slow. That's when I stumbled across the Trafalgar rule-set from the now defunct Warhammer Historical line and my prayers were answered.

Now Trafalgar gets quite a bit of grief from actual naval gamers, they don't seem to like it, but for us non-naval types its ideal. Its fast playing, it incorporates the wind, sail settings etc without the need for a manual or hands on experience, yes it does simplify things and is generous with its "attitude to wind" template but these are plusses in my opinion, and even with all the allowances the game is still heavily dependant (as it should be) on your ability to manoeuvre your ships.
I have introduced a number of our gaming group to this system and it has met with universal approval, so much so that a number of players have tracked down their own copies of the rules and everyone has bought their own fleet, this despite none of us considering ourselves naval wargamers.

Anyway enough of that and on to the pics, all models are either Navwar or Langton: 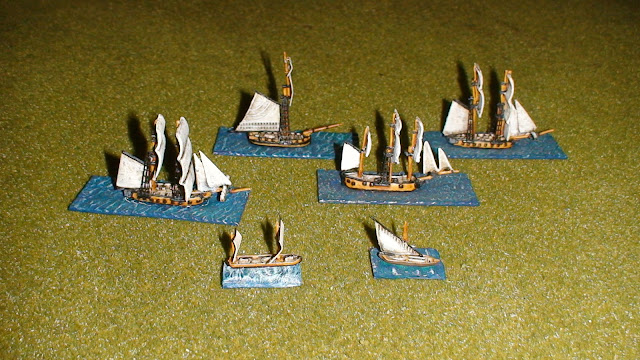 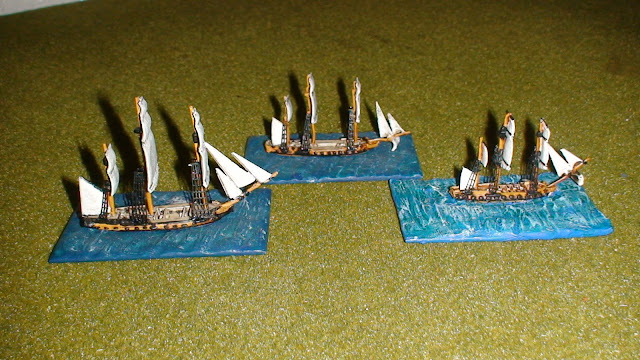 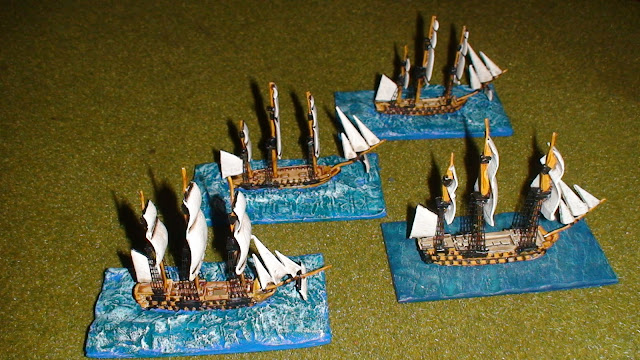 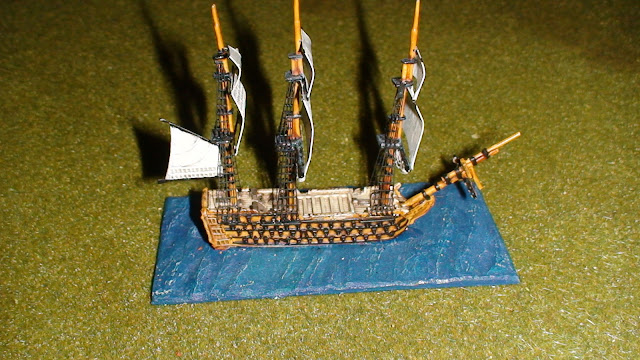 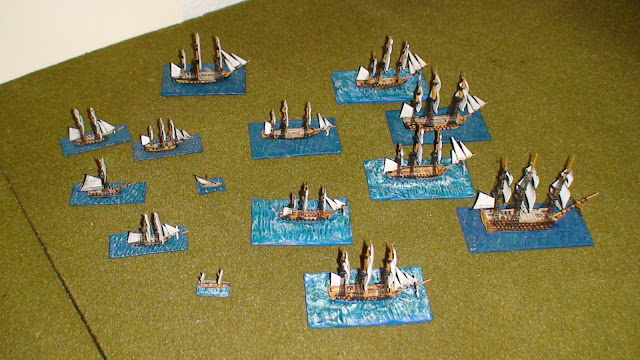 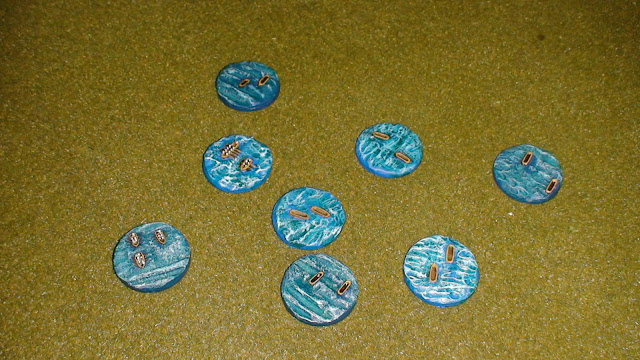 The French and scenics in the next posts.