I don't really know why I do this but I have started a new gaming project, firstly I blame my mate Craig who blags me every-time, and secondly, I have always had a more than passing interest in this period of history (I blame being forced indoors to watch old films due to the typical summer we had here as kids! cf.WW2 & Old West).

Having found a nice range of miniatures in 15mm, (I refuse to go any bigger these days), from Blue Moon (via Old Glory UK) and sourced some suitable and cheap laser-cut MDF buildings that will pass for American apartment type buildings and some industrial/warehouse types, and as I reckon I will only need to fill a 2ftx2ft area, the project looked like a goer.

Rules will almost definitely be Great Escape Games' - The Chicago Way, so the only thing lacking was vehicles. Sadly I spent almost an entire evening searching for 1920-30's 15mm, 1/100ish, HO vehicles, the only suitable one's I could find were made by an American model railway company, although they were not cheap and the UK/European stockists didn't stock that particular range! although I did find some WW1 era Ford trucks(Irregular miniatures) which will work.

No cars, no game I declared to Craig, thinking that for once I had out manouvered him, "I'll sculpt some!" says he, "Bugger!" says me!

So here we are, not got any rules as yet, but started on my miniatures and have a few buildings to get to work on. this is my first "gang": 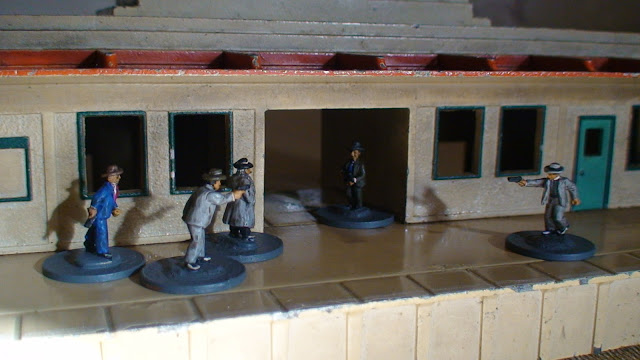 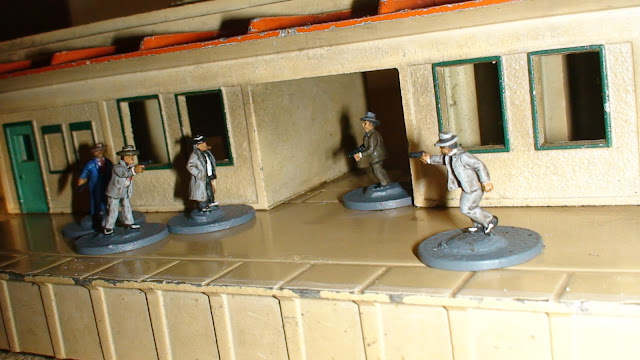 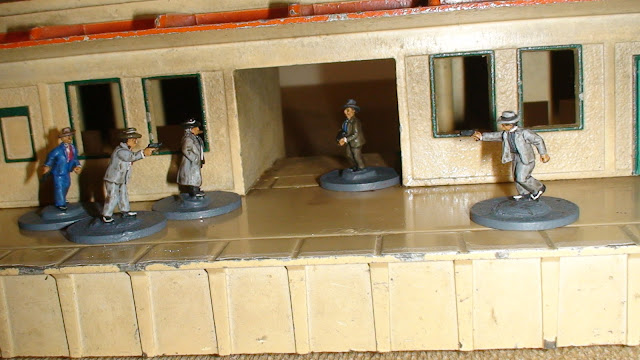 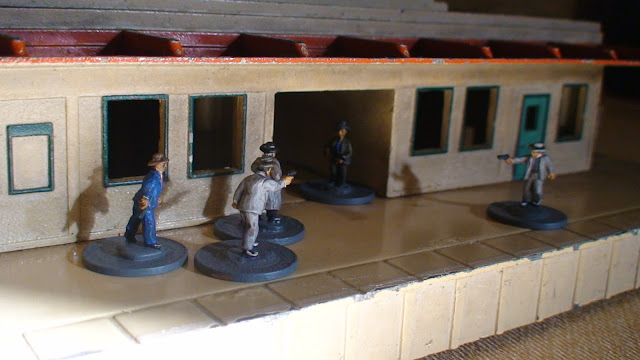 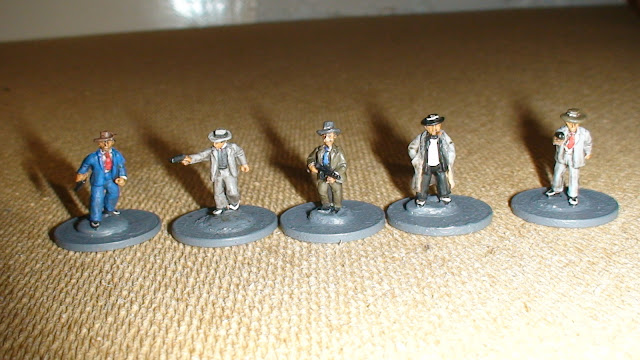 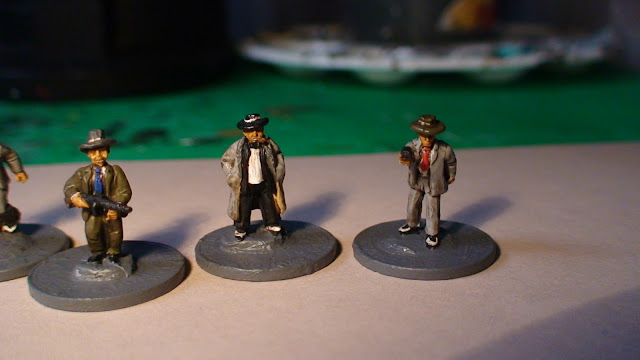 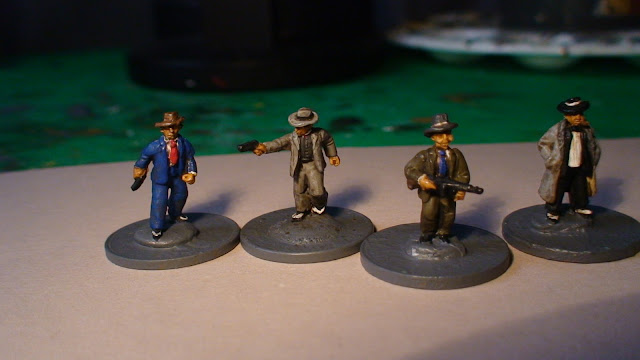 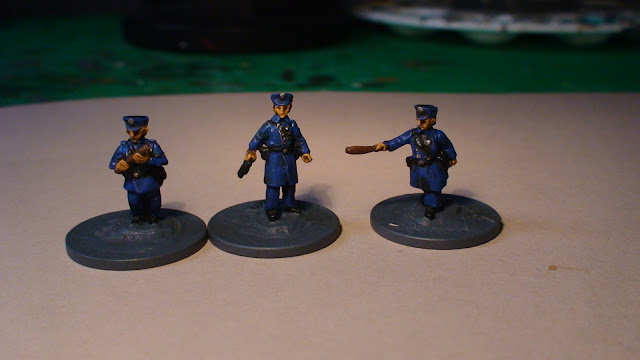 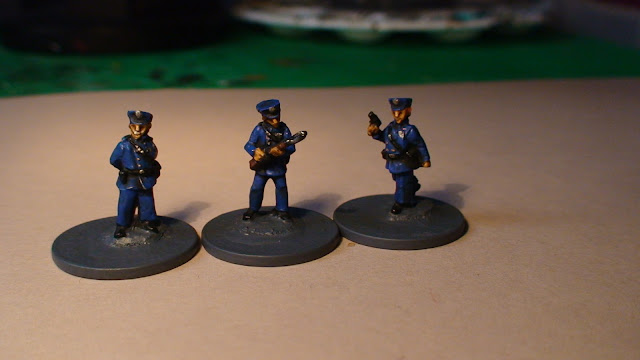 and Craigs first attempt at a car!: 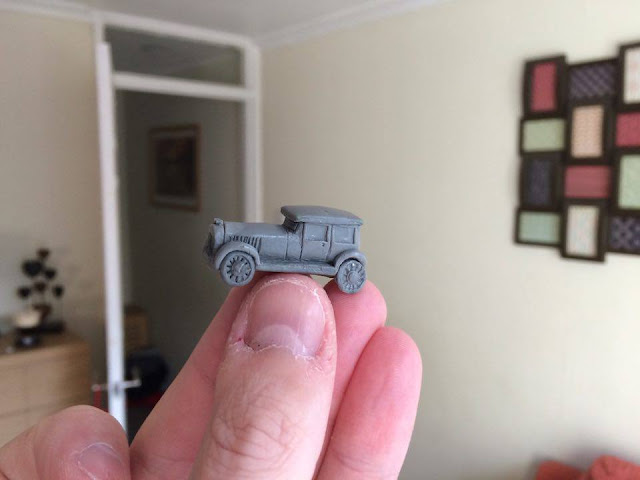