Whilst the card islands and terrain features that come with the box are good enough, I couldn't resist making some 3D terrain. Figuring Brigade Models small scale scenery stuff should fit size-wise I placed a small order for some buildings, castle parts, towers etc to tart up my planned islands, and these are the results:
First up a few sea stacks made from wine corks, and one of which has a few towers attached to make it more interesting and fantasy and an ancient lighthouse that I reckon looks fantasy enough: 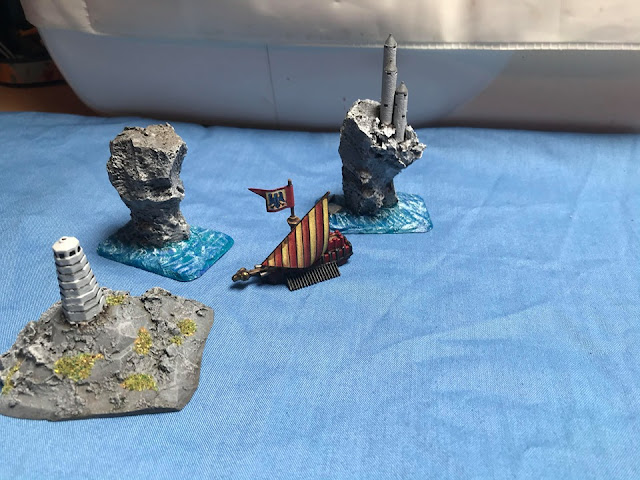 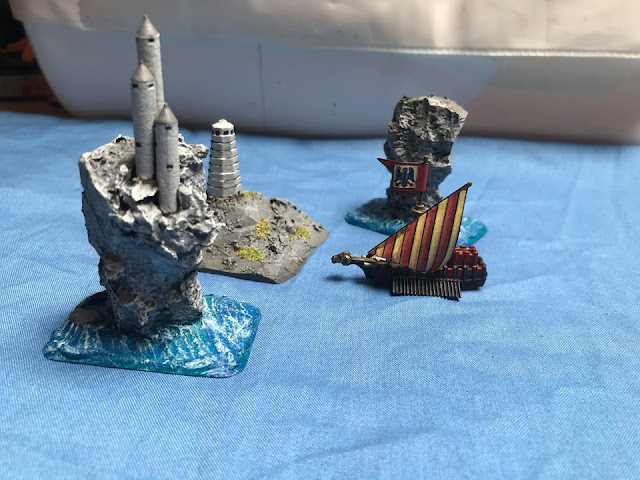 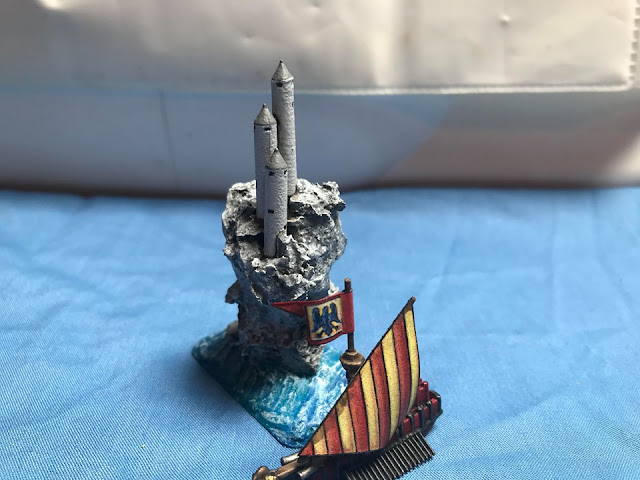 Next a selection of small islands, featuring temples, and fortifications: 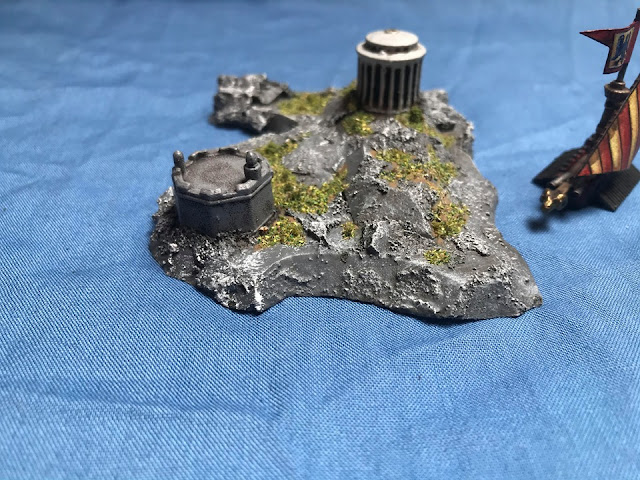 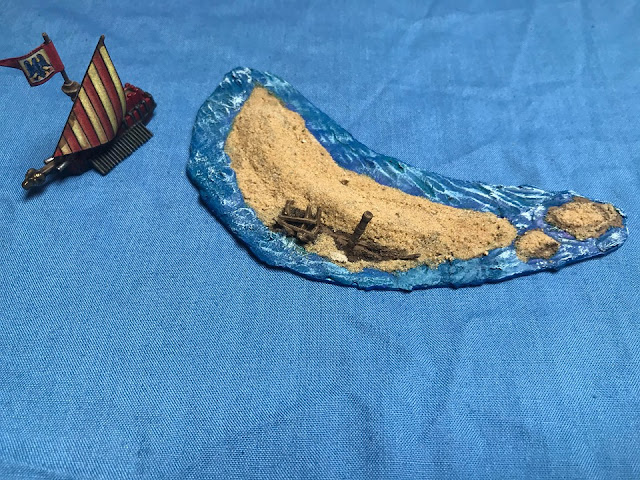 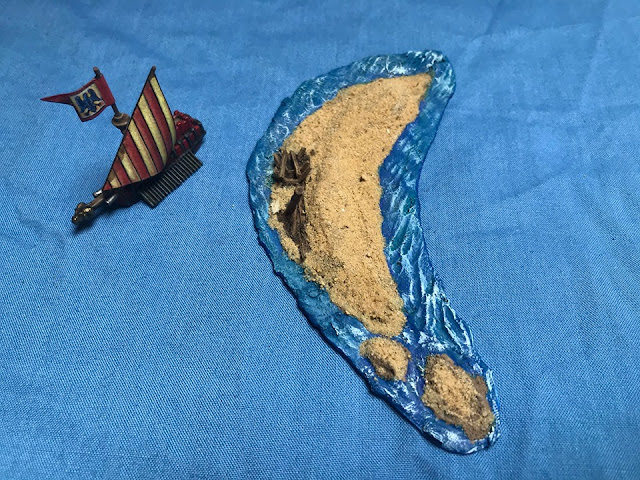 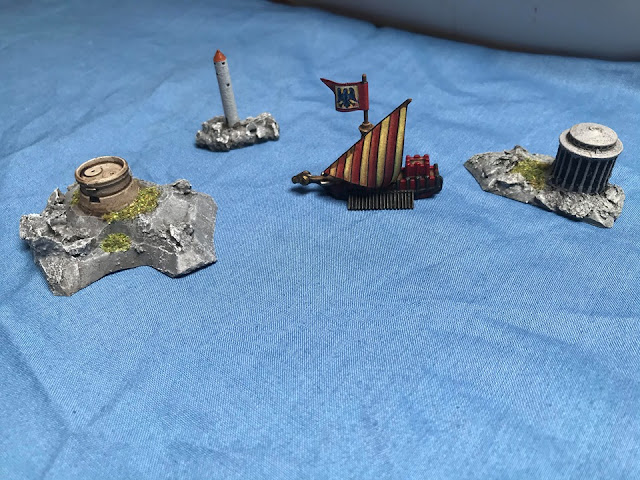 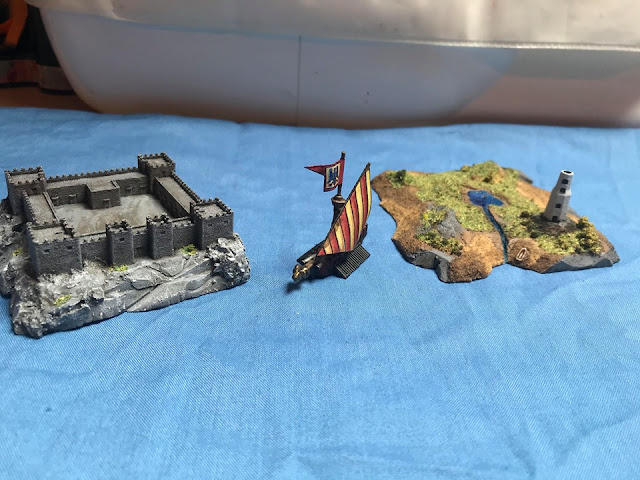 The  larger Islands(although one is meant to be a headland rather than an island): 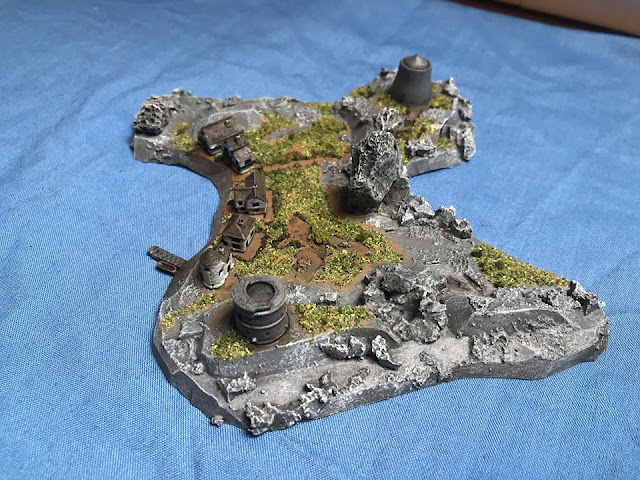 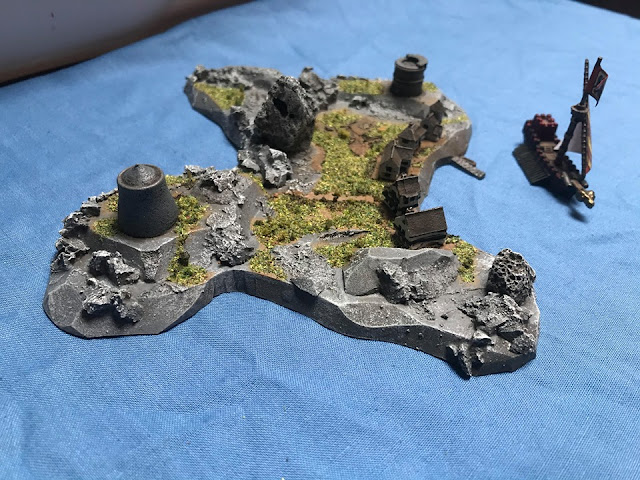 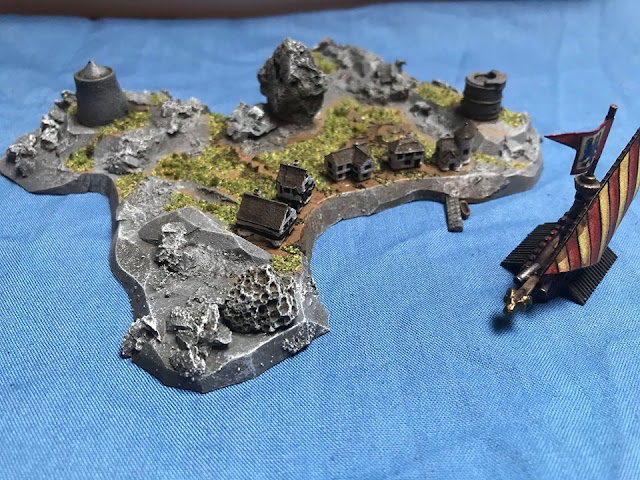 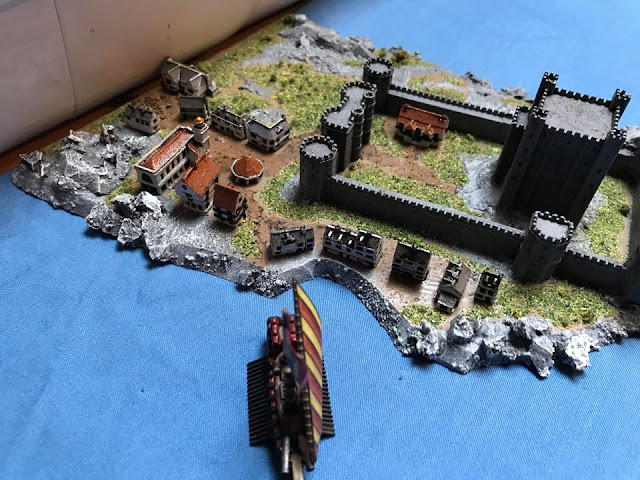 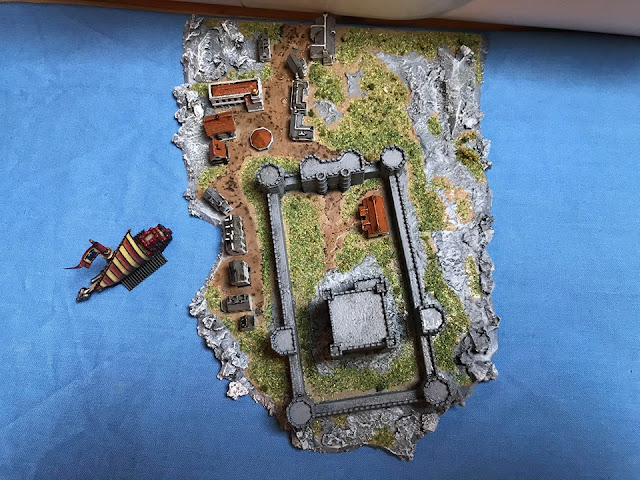 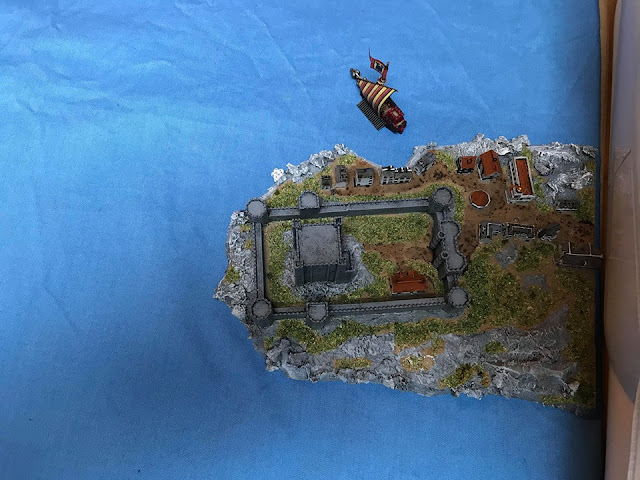 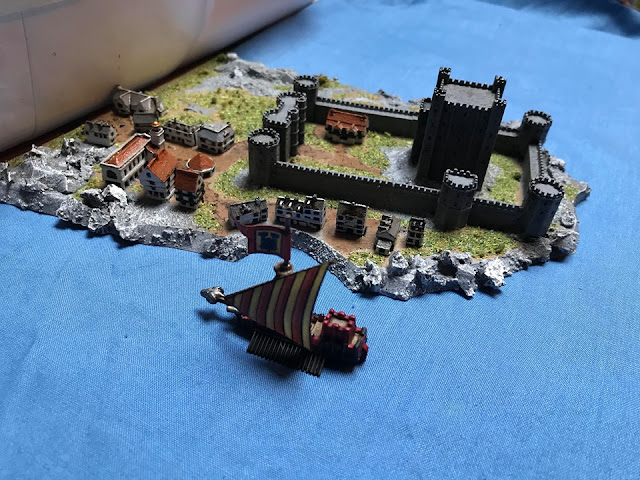 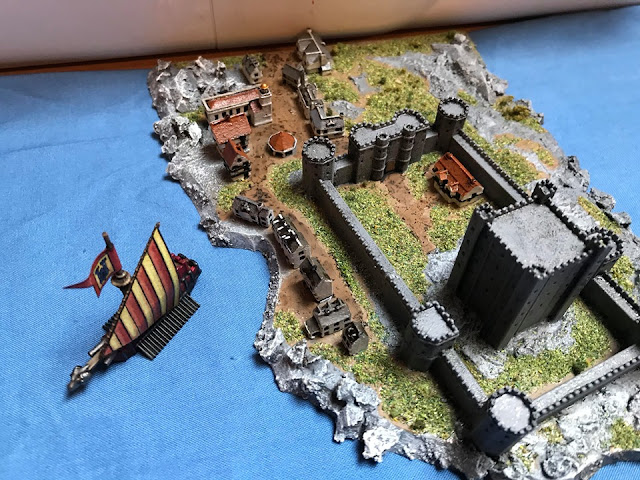 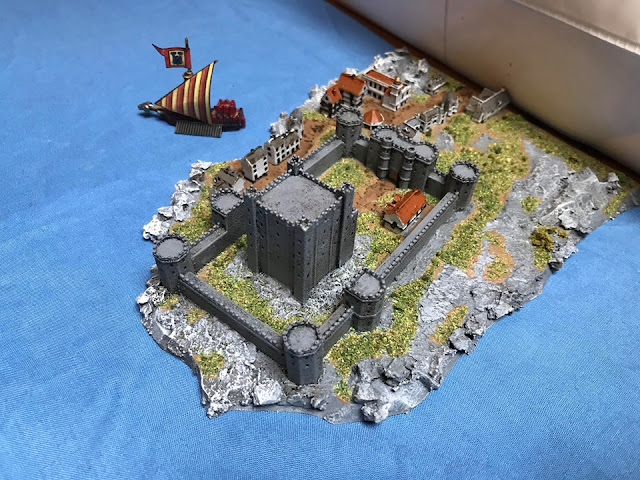 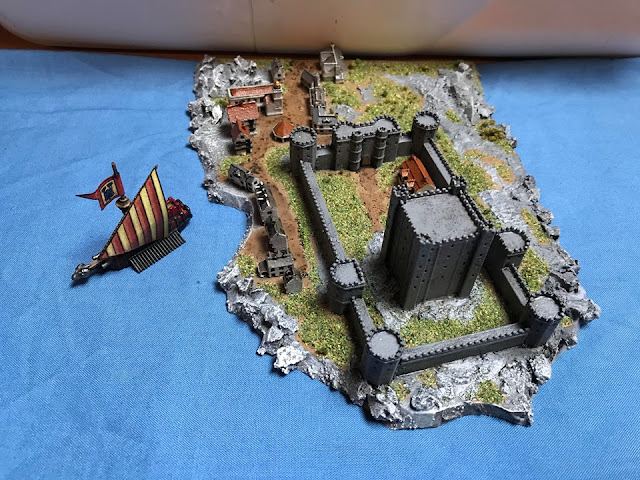 A sunken temple(inspired by playing too much Assassins Creed: Odyssey) made from odds n ends from the bits box: 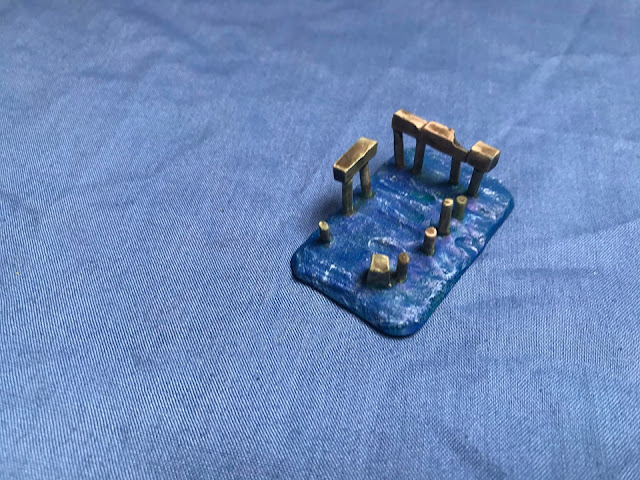 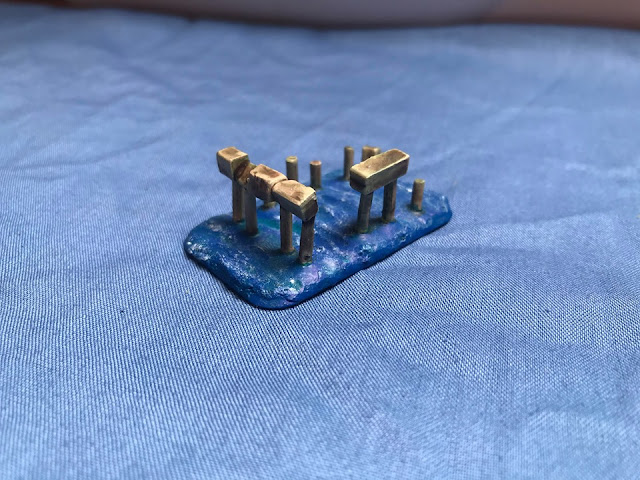 a couple of dangerous rocky areas: 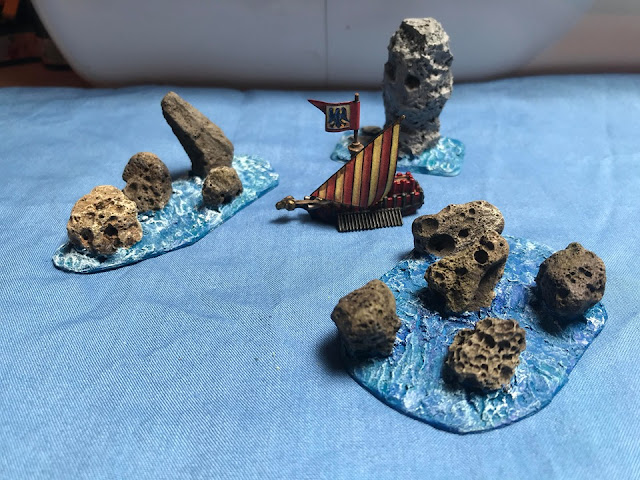 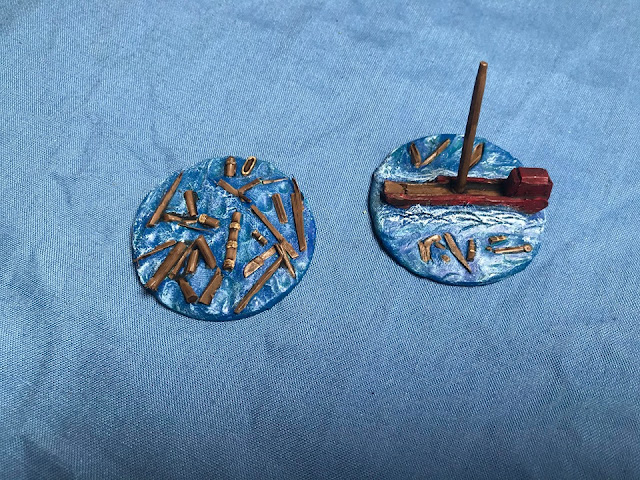 And that should be more than enough to add some variety to the blue sheet I currently use as a sea-scape, though when I an next be bothered I might have a go at some of the chaos themed terrain!
A week at the seaside coming up and as their is a FLGS there I may come back with a totally new project or more likely just a restock of paints/brushes.
Posted by Chris H at 11:07